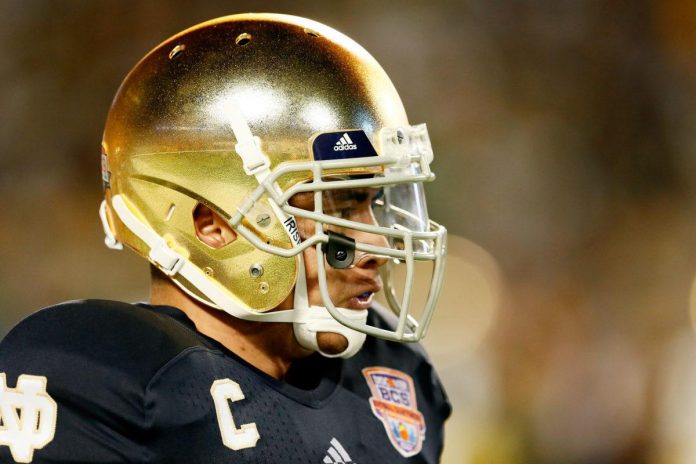 The story of the Notre Dame All-American linebacker and his online connection became one of the most high-profile sports headlines of the 2010s.

It is reported that the Fighting Irish star and the Heisman candidate lost their grandmother and girlfriend a few hours apart. Except that Te’o didn’t know that his girlfriend never existed and he was on the other side of an elaborate hoax about catfish fishing.

On Tuesday, Netflix released a documentary called “UNTOLD: The Girlfriend Who Don’t Exist,” which tells the story of Manti Teo in unprecedented detail.

The sports world reacted to the premiere of the document on social networks.

“It was such an innocent era,” Ben Dreyfus said. “It’s hard to even remember why it was newsworthy. ​​So, some stupid schoolboy invented some stupid girlfriend “two cities away”.

“Yes, I will watch it,” wrote Dade Hayes.

“I used to do a research project on media hoaxes in the lesson “Introduction to Communication” to teach media literacy,” one of the users replied. “Every year since 2014, the child has chosen this story for research. At first they always thought it was funny/weird, and then they realized it was pretty sad.”

“You know it’s going to be a good documentary when you hear this instrumental,” commented Beca Berger.

Check out the full thing here.

NFL Coach Admits His Team Was “Pathetic” on Sunday