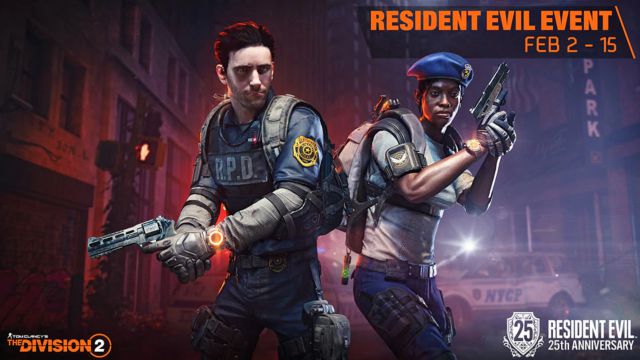 Ubisoft commemorates the 25th anniversary of Capcom’s horror saga with a special event that will take place in February and that will offer succulent rewards.

The day was marked on the Resident Evil fan calendar. Capcom had anticipated news and did not disappoint. Through streaming, the Japanese announced the release date of the long-awaited Resident Evil Village, as well as the development of a new multiplayer mode known as Re: Verse. The demo of the eighth main installment is now available on the PS Store, but fans of the horror saga will soon be able to enjoy more material. And is that taking advantage of the 25th birthday of the saga, Ubisoft has announced a collaboration that will materialize in a crossover between Tom Clancy’s The Division 2 and Resident Evil.

The collaboration will be channeled through a special event that will take place in the Ubisoft game. Between February 2 and 15, the apocalypse of The Division 2 will be dyed in new shades of scarlet. And it is that the looter shooter of the French will offer the possibility of obtaining various objects related to Resident Evil, among which is the skin of Leon S. Kennedy in the second chapter of the series. In total, users will be able to win or purchase up to 21 brand-new items, as well as receive costumes inspired by Capcom’s characters. They are as follows:

Login to get the first reward

To get the Leon costume, just log in through the Resident Evil event. Once this is done, those interested will receive the R.P.D. uniform. that Leon wore in Residnet Evil 2. It is made up of three different pieces, as Ubisoft itself explains in the press release.

The Division 2 is available on PS4, Xbox One, PC, and Google Stadia. In addition, the studio has worked on a new generation update for PS5, Xbox Series X and Xbox Series S. On the other hand, Capcom has announced that Resident Evil Village will go on sale on May 7 on current and previous consoles. generation, as well as compatible.