Home Film News The directors of “Final Destination 6” got the job after staging their... 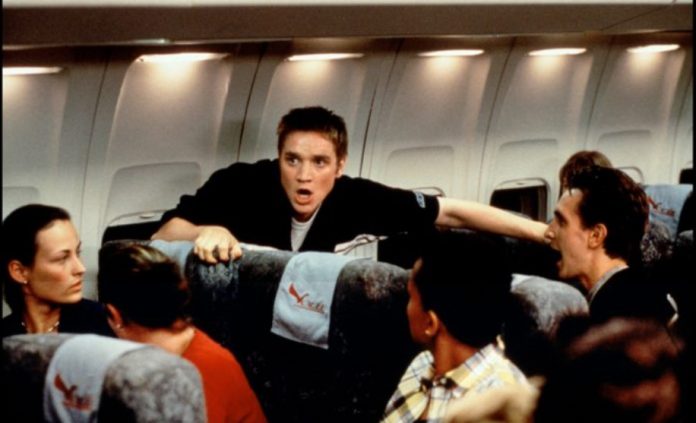 The event has been described as a “the Zoom call to end Zoom calls”.

The directors of Final Destination 6 got the job by faking their own death during a call to Zoom.

Zach Lipowski and Adam B. Stein are officially hired to relaunch the Grand Guignol franchise, and Craig Perry is producing the film alongside Sheila Hanahan Taylor.

The couple got the job after what The Hollywood Reporter called a “Zoom call to end all Zoom calls,” describing an incident in which the couple held a meeting with a burning fireplace behind them.

The publication explains that as soon as the meeting ended, the mantel behind Lipovsky and Stein began to burn before the couple extinguished the flames.

But then, it seemed, a tragedy happened: the participants of the call heard a creak, after which a ceiling fan fell from the ceiling and beheaded one of the creators of the film. At that moment, the producers realized that this was a staged joke.

“The Beatle, which used a combination of pre—recorded footage and visual effects, seamlessly transitioned and showed their unabashed enthusiasm,” the report says. “For all the participants, it was the cherry on the cake.”

Lipowski and Stein debuted in the feature film “Freaks” in 2018 with Emile Hirsch and Bruce Dern in the lead roles. There are no details of the plot of the new film yet — the last film “Destination” was released in 2011.

As for other terrible news, the new Cloverfield film is in development with director Babak Anwari.

Anvari, best known for directing the horror films “Under the Shadow” and “Wounds” in 2019, will direct the project based on a script written by Joe Barton (Giri/Haji). J.J. Abrams will produce the film with his production company Bad Robot along with Hannah Minghella and John Cohen.