Home Entertainment The Director Of The Witcher 3 And Cyberpunk 2077 Creates His Own... 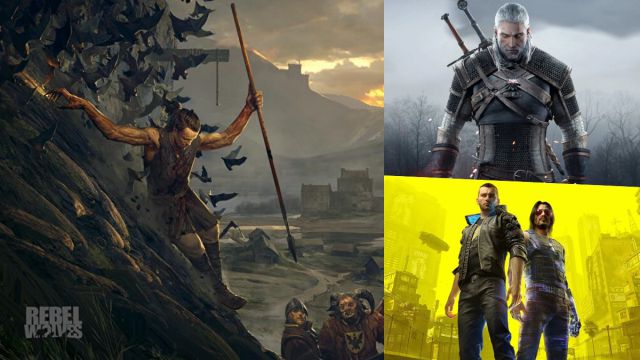 The Witcher 3: Other studio veterans have teamed up to form Rebel Wolves and design an AAA dark fantasy video game. Konrad Tomaszkiewicz, director of The Witcher 3: Wild Hunt and one of the Game Directors of Cyberpunk 2077, has announced the launch of Rebel Wolves, a new development studio that will feature the talents of other former CD Projekt Red employees. As reported in a statement, they intend to achieve all the objectives “as a team”.

The developer’s first game has not yet shared its title, but it will be a dark fantasy video game built with the Unreal Engine 5 graphics engine and will be part of an ongoing saga.

According to Tomaszkiewicz, all members of Rebel Wolves feel that video games are something they were meant to do. “We are going to develop a title that we would like to play the way games should be made.” He maintains that the intention is to evolve the cRPG genre through “unforgettable stories” that touch the deepest “emotions”.

The basis of the new study

“Collectively, we see Rebel Wolves as a place where experienced developers can reignite their passion, a place where they can focus on their craft and put their love into an ambitious title. We want to stay small and nimble” so “people can take care of each other.”

Jakub Szamałek, narrative director and main scriptwriter of the studio has delved into this line of discourse: “To create really good games we are not going to chase trends or numbers. Our goal is clearly defined: build memorable games, tell stories that excite and evoke visceral feelings. We want to work on games that people will remember.”

Demon’s Tilt, Free Game On The Epic Games Store; How To...