Home Entertainment The director of the horror film about Winnie the Pooh teases the... 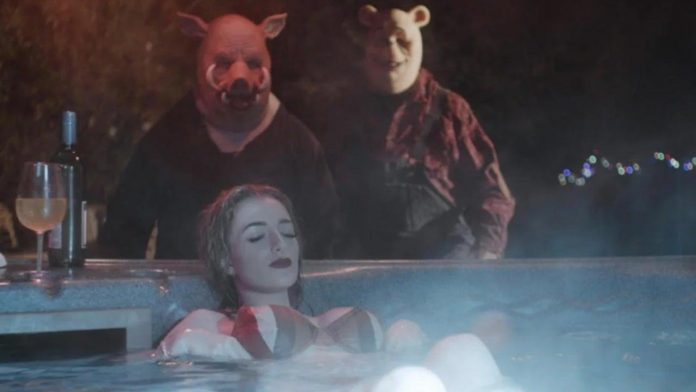 “Winnie the Pooh: Blood and Honey”— an upcoming horror film based on characters from books that are not covered by copyright— will see Winnie and Piglet in a bloody rage after, well, eating Eeyore.

During an interview with Variety, director Reese Frake-Waterfield spoke about the plot of the upcoming horror film adaptation, which has swept social networks over the past few days. In Blood and Honey, Pooh and Piglet are presented as “the main villains… falling into a rage” after Christopher Robin dumps them to go to college.

“Christopher Robin is dragged away from them, and he doesn’t [give] they need food, it complicates the life of Pooh and Piglet,” he explained. “Because they had to take care of themselves so much, they essentially became wild. Thus, they returned to their animal roots. They are no longer tame: they are like angry bears and pigs who want to walk around and try to find prey.”

“When you’re trying to make a movie like this, and it’s a really stupid concept, it’s very easy to go down a path where there’s nothing scary, and it’s just really funny and really stupid,” he said. “And we wanted to go between them.”

In fact, the film will balance between horror and comedy, fully aware of its absurd premise. As an example, the director explained one of the frames of the film (in the gallery above), in which a couple pursues a victim in a Jacuzzi.

“She’s having a good time, and then Pooh and Piglet appear behind her, chloroform her, take her out of the Jacuzzi, and then, as it were, drive a car over her head,” he said. “It’s scary, but there are also funny moments, because there are shots of Winnie-the-Pooh in the car, where he sees him with small ears at the wheel and, as it were, slowly goes there [to kill her].”

The director said that other characters, such as Tigger, will not appear in the film. In fact, it’s all about copyright — Tigger, among other things, is still under copyright protection and therefore not in the public domain. Eeyore could have been in the movie, but it turned out that we would just see the tombstone of a donkey that was eaten by his former friends. Yeah.

Frake-Waterfield promises that Disney fans will in no way confuse this production with anything that Disney could or could do: “No one will accept this [with Disney],” he said. “When you see the cover, you see trailers, stills and all that, no one will think that this is a children’s version.”

In addition, to avoid copyright issues, the team had to make sure that even Pooh and Piglet were based only on the 1926 version of Winnie the Pooh from Milne’s stories. After all, Disney still reserves the rights to its own interpretations of the characters.

“We tried to be extremely careful,” he explained. “We knew there was a line between that, and we knew what their copyrights were and what they had done. That’s why we did everything possible so that [the film] was based only on his 1926 version.” That’s why Pooh is dressed in a lumberjack costume, and Piglet is dressed in black.

Although Frake-Waterfield did not disclose the budget of the film, he says that we should not expect a Hollywood-level production. Nevertheless, this is an intriguing concept, regardless of budget, and it is sure to find fans who can’t wait to see what Winnie the Pooh and Piglet get up to without restrictions.

Rhys Frake-Waterfield wrote the screenplay and directed the film based on the classic children’s books by AA Milne.