Home Tech The director of Sonic 2 on the possible crossover of Super Smash... 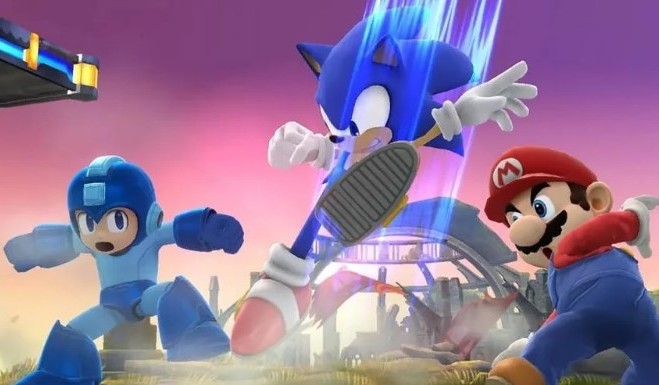 Sonic the Hedgehog 2 director Jeff Fowler is considering creating a Super Smash Bros. crossover. in the future. Published by Nintendo, the crossover fighting game franchise has been the talk of the fighting game community for the past two decades ever since the original title for the Nintendo 64 was released in 1999, bringing together various studio characters to fight each other. Unlike regular games of this genre, in Super Smash Bros. games, players fight each other to either increase their damage to the knockout point or push their opponents off the stage.

At the moment, the Super Smash Bros. franchise It includes five parts, the last of which is Ultimate for Nintendo Switch, which received rave reviews for further development of game mechanics and visual effects and became the best-selling fighting game of all time. , has sold over 25 million copies as of June 2021. As the franchise has expanded to various consoles, various characters from non-Nintendo franchises have also entered the games, including SEGA’s Sonic the Hedgehog, Capcom’s Street Fighter, Square Enix’s Final. Fantasy and Metal Gear from Konami. While Super Smash Bros. Ultimate continues to dominate the genre of fighting games on consoles, some hope to see its release on the big screen.

During a conversation with ComicBook.com Regarding the release of the sequel, Sonic the Hedgehog 2 director Jeff Fowler spoke about the possibility of a crossover of the Super Smash Bros. movie. The director noted that difficult discussions will be required between the studios to bring the brawler to life on the big screen, but he hopes that it can be done. See what Fowler shared below:

“Nothing would make me happier than just throwing all the characters into battle royale and doing the big Smash Bros. thing. This will probably require some work on the part of the lawyers before it can happen. I mean bringing Mario and Sonic into the ring. everyone would die for that, right? It’s just a classic.”

As Fowler notes, for the incarnation of the movie Super Smash Bros. in life, active legal cooperation between several film and game studios will be required. Paramount Pictures currently owns the rights to the Sonic the Hedgehog films, which have begun to create their own franchise, as the Sonic the Hedgehog 3 and Echidna Knuckles series are already in development ahead of the release of Sonic the Hedgehog 2, while Universal Pictures is behind the upcoming release. Animated movie Super Mario Bros. In addition, the rights to the Street Fighter franchise have changed hands for various film adaptations, while Sony has distributed almost every adaptation of Final Fantasy and is behind the long-awaited film adaptation of Metal Gear Solid starring Oscar Isaac and directed by Jordan Vogt-Roberts.

Despite the various obstacles that such a crossover can create, the possibility of a Super Smash Bros. movie is probably not out of the question. If Paramount’s “Sonic the Hedgehog” franchise continues to prove as financially successful as the critics, and Universal’s “Super Mario Bros.” overshadows its poorly received first adaptation, studios may show some interest in exploring the possibility of their clash on the big screen with the help of fans advocating for this. In the meantime, viewers can watch Sonic the Hedgehog 2 already in theaters.

Harry Potter: the magic series under development on HBO