Home Entertainment The director of “Lilo and Stitch” explained how he voiced the cute... 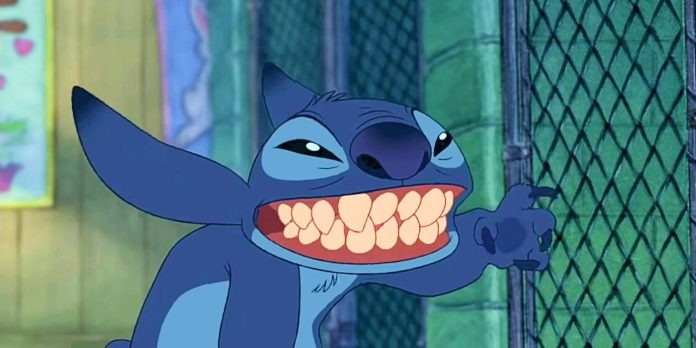 Lilo and Stitch director Chris Sanders explains how he voiced Stitch in the classic Disney movie. Sanders directed the film, which was released in 2002, together with Dean DeBlois. “Lilo and Stitch” was a huge success, after which they had their own TV show on the Disney channel (“Lilo and Stitch: The Series”) and two sequels (“Lilo and Stitch 2: Stitch has a glitch” and “Leroy and Stitch”). Now, twenty years later, a game adaptation of an animated film is in development.

The vocal line-up of “Lilo and Stitch” includes Tia Carrere as Lilo’s older sister Nani, Kevin McDonald as Plickley and David Ogden Stiers as Jumba. Davey Chase, who was twelve years old at the time of the release of Lilo and Stitch, is voiced by Lilo. Despite her young age, Chase was already a working actor by the time she was cast in the film.

However, instead of choosing another experienced actor for the role of Stitch, Sanders voiced him himself, as he explained in a recent interview with the NYT. According to the director, he did not want to go with “a real actor like Danny DeVito,” as he was afraid that Disney would slam him for choosing a big name for the role with so little real dialogue. Producer Clark Spencer, who is now president of Walt Disney Animation Studios, says it’s funny that Sanders remembers it this way, as he “can’t imagine anyone but Chris’ voice for Stitch.” Check out the director’s full quote below:

We didn’t want to turn to a real actor like Danny DeVito, and then the studio would come to us and say: “Why did you hire someone who is famous, but he only speaks about 15 words?”

Even if a figure similar to De Vito would have been a more common choice for a major film, Sanders’ use worked well for the film. Despite Stitch’s limited vocabulary, the blue creature’s incoherent babble is one of the most memorable elements of the animated film. Given that Sanders developed the voice for “Lilo and Stitch,” it seems that he was a logical choice for the role for reasons beyond any thoughts of Disney executives about bringing in a star. Sanders’ alien voice is very important for Lilo and Stitch, as the alien’s nasal sounds and toothy grin occupy almost every frame of the film.

Unlike the role of Lilo, who briefly switched to Dakota Fanning in Lilo and Stitch 2, Sanders has been voicing Stitch continuously since the release of Lilo and Stitch in 2002. He will most likely return to the role in the film adaptation, once again bringing his vocal abilities to the popular alien. As Lilo and Stitch celebrates its 20th anniversary, more and more fans will fondly remember the exact voice of Sanders Stitch from the original film.