Home Entertainment The director of “John Wick” spoke about the possibilities of the fifth... 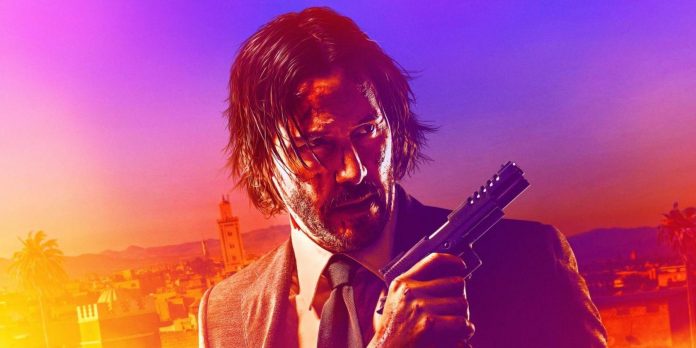 “John Wick: Chapter 4″ may not be in theaters until next year, and Ana de Armas’ spin-off “Ballerina” hasn’t even started filming yet, but that won’t stop franchise director Chad Stahelski from already teasing the fifth installment, claiming that the studio is fully on board to continue making films about John Wick.

Stahelski’s words came out during an exclusive interview, according to Collider, when it came to the fact that “John Wick 5” got the green light back in 2020 with the same duo consisting of director and creator of “John Wick” Derek Kolstad, as well as the main character Keanu Reeves. However, despite his intention to make more films, Stahelski admits that the whole team was kind of fascinated by the success of the first “John Wick”, claiming that they “made it a funny little action movie that we would like to see.”

Perhaps the most important conclusion from the interview is that John Wick’s approach has never been as strictly planned as in other franchises with multiple sequels, explaining that although “the studio [fully] intends to continue the franchise,” the team has never set a goal to set the number of films. Stahelski is very grateful to John Wick for his success, as he acknowledges that “he changed our lives. It changed my life. It changed Keanu’s life. It has changed the lives of many other people. And people still want to see more.”

However, the director doesn’t let that level of success go to his head, saying it’s “damn flattering” that fans want to see more of John Wick, even for a franchise that has released three films in the 8 years since the first one. the premiere of one took place. However, Staleski’s repertoire is not only John Wick, as he initially gave an interview to discuss his production role in Netflix’s “Day Shift” starring Jamie Foxx, among other projects such as the remake of Henry Cavill’s “Highlander” or the film adaptation of the critically acclaimed “Ghost of Tsushima”.

Even though the next film is scheduled for March 2023 and so much work is piling up fast, Stahelski admits it’s time to sit down and work on “John Wick 5,” which, according to their own tradition, usually happens during the promotion of the last film. the film, since “every wick was written or at least conceptualized in Japan at the Imperial Hotel, with me and Keanu on our press tour.” for Japanese whiskey. Simply put, the director is in no hurry to get down to business without the right plot.

Stahelski admits that they can’t keep making John Wick movies for the rest of their lives, although he still sees the future of the franchise open, which means John Wick 5 can make fans want more, although it may take a little longer. . Despite this, Stahelski will not starve, nor will Kolstad, as he is currently working on an adaptation of Splinter Cell for Netflix.