Home Entertainment The director of “Conan the Barbarian” shared his sincere thoughts after Jason... 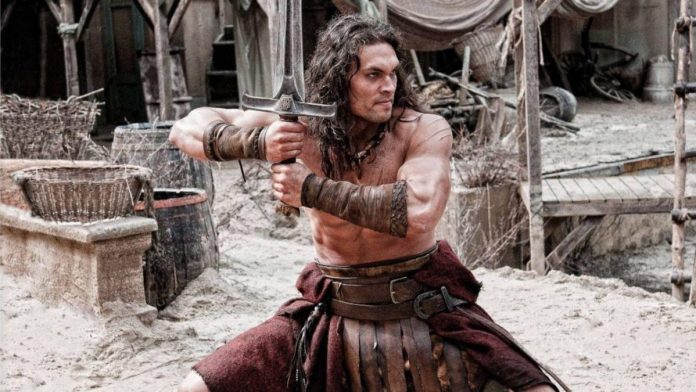 Jason Momoa has become one of Hollywood’s leading actors in recent years, but it hasn’t been without a few mistakes. Recently, the actor spoke about his attempt to relaunch the “Conan the Barbarian” franchise in 2011 and how this movie “sucks.” Now the film’s director, Marcus Nispel, has responded to Momoa’s comments, and he doesn’t quite agree, although he gives the whole experience a positive connotation.

The belief that 2011’s “Conan the Barbarian” sucks can be called “traditional wisdom.” Most people who have seen him will probably agree with you, and many people probably haven’t seen him because they’ve heard he’s bad. The good news for Jason Momoa is that it didn’t stop his career, despite the fact that it was his first major role on the big screen. Director Markus Nispel is also glad that this did not happen. He recently told People that he is also unhappy with the Conan movie that was made, although it’s not because of Momoa. Nispel said…

As a filmmaker in this system, you are a dog on many leashes. Trying to finish Conan in such circumstances was the worst experience I’ve had, and I was just as unhappy with the result. I am happy, however, that none of this interfered with Jason’s career.… I have always supported the decision to make Conan with him.

While there are many details we don’t know about the production of Conan the Barbarian, it is known that the film was a complex and intricate creation. Momoa’s initial comments refer to the film being “hijacked,” and while it’s unclear what that means, it certainly coincides with Nispel’s comments. If he had been pulled in different directions by different elements of the studio system and he was making the film they wanted, and not the film he wanted, it would certainly qualify as a takeover.

One area of potential conflict could be the choice of Jason Momoa for the lead role. Nispel says he always supported the decision to take on Momoa, which means there were others who didn’t. This will be Momoa’s first major role in an action adventure. While viewers first saw Momoa in “Game of Thrones,” the production of “Conan” preceded that, which meant Momoa was essentially an unknown in the film. Perhaps it is understandable why some did not want him, although now he seems to be the perfect actor.

Conan the Barbarian certainly didn’t slow down Jason Momoa’s career growth for very long, if at all. The role in Game of Thrones opened up other possibilities. The same probably cannot be said about director Marcus Nispel, who has made only one film since Conan. If the movie was a hit, it probably wouldn’t be.