Home Entertainment The director of “Blonde” denies rumors about a scene with Marilyn Monroe... 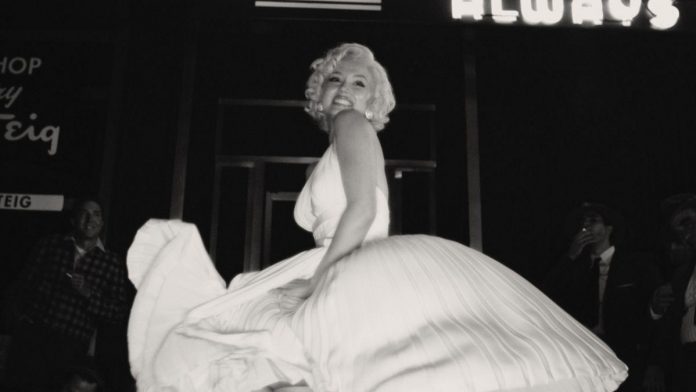 One of the biggest controversies about Andrew Dominick’s latest movie “Blonde” on Netflix was that it received an NC-17 rating. Such a strong rating for adults may limit the number of cinemas that will order a screen adaptation recreating the iconic moments of Marilyn Monroe. Although the director of “Mind Hunter” defended the NC-17 rating, he denied rumors about a particularly vivid scene in the film.

According to Screen Daily, there were rumors in the summer of 2021 that Netflix was unhappy with controversial elements of the film, such as a scene with bloody menstrual oral sex. The director of “Blonde” Andrew Dominic denied this outrageous rumor and actually finds it “hilarious”. However, there is a sexual assault scene from Joyce Carol Oates’ book on which the film is based. The Australian director of New Zealand origin does not seem to care what the audience thinks about the high rating of the film, because there is something in it that will offend everyone.

It’s a demanding movie. If the public doesn’t like it, that’s the public’s problem. He is not running for public office. It’s an NC-17 movie about Marilyn Monroe, kind of what you want, right? I want to go and see the NC-17 version of the Marilyn Monroe story.

The reason for the Blonde NC-17 rating was “some sexual content”. In the past, Dominic has been surprised by the rating of an adult film, as it may limit the advertising media of your film, and that “politics” has something to do with the rating. He believes that this is because the status of the sex symbol Marilyn Monroe influenced the rating, and not the content itself. He even told Screen Daily that HBO’s “Euphoria” has more graphic content than anything in “Blonde.”

Andrew Dominic thanked Netflix for supporting “Blonde” despite the NC-17 rating. While this may not be Netflix’s favorite part of streaming a movie, it’s thanks to the popular streaming service that a wide range of streamers will have access to the movie. Like the author of “Blonde” Joyce Carol Oates, Dominic believes that the audience will not complain about the performance of the Cuban actress Ana de Armas. While there was another wild rumor that many of her lines had to be duplicated due to her strong Cuban dialect, “work was done” to help de Armas look more like Marilyn Monroe. The 54-year-old director believes that this actress “can do anything” and she has “more speed than anyone else.”

“Blonde” was hoping for a premiere at the Cannes Film Festival this year, but was unable to do so, given the festival’s rule that all films participating in the competition must have a full theatrical release in France. It is reported that Netflix made an offer for the film to be shown in cinemas for eight months so that it could be presented in Cannes, but the French government rejected this offer. But don’t worry, the world premiere of the film “Blonde” will take place at the 79th Venice International Film Festival. We will be eager to find out with what honors the psychological drama will leave.

90-day Fiance: Juliana shocks by creating art with the help of...