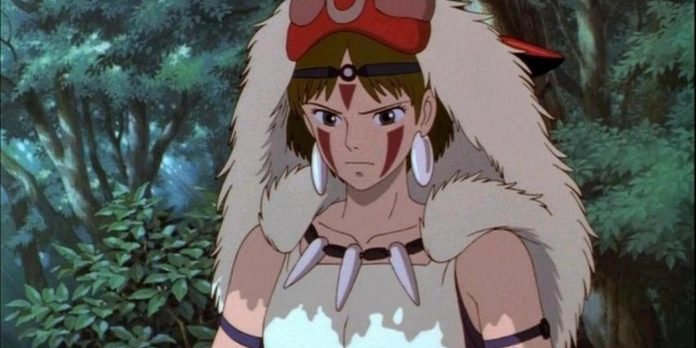 In 1996 a landmark deal that would shape anime history was made when The Walt Disney Company made an offer to become the sole distributor of Studio Ghibli’s catalog of classic films. While many studios came to Studio Ghibli in hopes of obtaining the rights to various films, producer Suzuki Takahashi turned all of them down because they would not agree with the strict term’s director Hayao Miyazaki had for how to handle and dub his work. When Disney came along, they won the rights to the catalog for two reasons. The first is that they agreed to release all the films. The second agreement they would make is that there would be no cuts, no changes to the music (outside changing Japanese song lyrics to English lyrics), and they would keep the scripts as close to the original as possible. Believing that this was a deal of a completely different magnitude, Suzuki, Miyazaki, and Isao Takahata all agreed to the deal, and Disney began work as soon as possible.

They first dubbed Kiki’s Delivery Service as a direct-to-video release, where it was a surprise bestseller that was loved by all families who bought it. Their next release was to be Castle in the Sky but after seeing the great sales of Kiki’s Delivery Service, Disney wondered if a theatrical release would be more lucrative. As they were working out the details of what a release would look like, they heard that Ghibli had just released a movie in Japan that was breaking box office records, with a name that sounded like it had “Disney” written all over it: Princess Mononoke. With that film breaking box office records in Japan, the executives were certain that would be a better follow-up film. They delayed Castle in the Sky again to work on bringing Princess Mononoke to American screens. This decision would backfire in a way that would publicly embarrass the company and put the release of future Studio Ghibli films in America in jeopardy.

The big problem with Disney’s choice to release Princess Mononoke in theaters under the Disney banner is that they were making this decision based on two misconceptions. The first was that the movie was a traditional fairy tale. The second was that it was family-friendly like most of Miyazaki’s other films. Then Disney CEO Michael Eisner was familiar with Miyazaki’s films and found most of them to be wonderful family entertainment. He tasked Miramax with dubbing the film and adapting it for an American audience sight unseen, thinking that there would be no problems.

When the finished film came in Eisner and other Disney producers were horrified by what they saw. Princess Mononoke – far from being a family-friendly fairy tale – was a serious action film with a huge environmental bent to it. If it was a fairy tale, it was one that was clearly geared for adults. Eisner and the executives knew that the movie wasn’t going to get a G or PG rating, and thus the film was handed back to Miramax and their CEO Harvey Weinstein to release however they saw fit. Weinstein now had to sell a film he felt was ‘unsellable’ as it currently was and set out to make some changes.

When Princess Mononoke came back with PG-13 rating from the MPAA Weinstein was furious, feeling there was no audience for a PG-13 ‘princess’ movie. He ordered the movie to be edited so that they could release it as a PG-rated film (they may have even gotten pretty far, as the American soundtrack claims that the film is rated PG). When Miyazaki heard of this, his producer handed Weinstein a samurai sword and shouted in English “Mononoke Hime, NO CUT!” As Miyazaki reflected years later:

I did go to New York to meet this man, this Harvey Weinstein, and I was bombarded with this aggressive attack, all these demands for cuts. I defeated him.

While Miyazaki did suggest they could rename the film to The Legend of Ashitaka if the name was going to be a problem, Weinstein ultimately decided to release the film in limited release with the original title intact.

RELATED: What Can Still Be Learned From Princess Mononoke

Since Disney had planned to release Princess Mononoke site unseen, most of the screen and advertising budget went away when it became clear it was not the kind of movie they could sell to audiences. Princess Mononoke ultimately grossed roughly $2.3 million dollars in the US. Less than a month later, Pokemon: The First Movie was released in cinemas and made $85 million dollars, further putting a spotlight on the fact that one of the highest grossing films in Japan was a massive bomb in America. As Steve Alpert, the executive representative for Tokuma Publishing who represented Studio Ghibli and helped work on bringing Princess Mononoke over to America told Indeed.com:

That’s kind of embarrassing, to have the most successful film in the history of Japan come to the U.S. and not do that well.

The “embarrassment” resulted in Disney publicly announcing that they had no plans to release any more Studio Ghibli films in America. After all, they had taken one of the highest grossing films in Japan and made chump change at best. The company didn’t need more headlines highlighting their incompetence at selling an animated film to Americans, so they decided they simply wouldn’t release anymore.

The scary thing is this might have been where the story ended, yet when Disney bought Pixar one of the first things they did was make Toy Story director John Lasseter the head of both Disney Feature Animation and Pixar Animation Studios. Lasseter was a long-time fan of Hayao Miyazaki and promised to personally produce an English localization of Ghibli’s next film Spirited Away. That film was much more family-friendly, made a little more than $10 million at the box office, and even won the second Academy Award for Best Animated Feature.

It was considered enough of a success that Disney put Lasseter in charge of releasing the rest of Studio Ghibli’s catalog. Today we have the entire catalog available on BluRay and HBO Max (at the time of this writing), but one shudders to think that we almost never got the rest of the library. All because Disney was “embarrassed” by the lackluster box office from their own botched release of Princess Mononoke.

The writers of “Deadpool 3” assure that the character of Ryan...