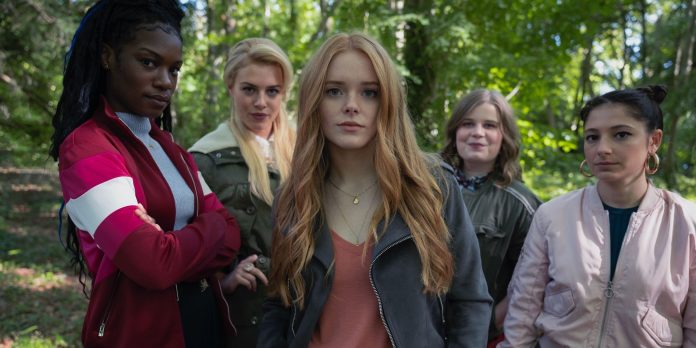 Fate The Winx Saga is a dark fantasy series on Netflix that follows the lives of fairies at magical Alfea College, the show is based on the animated series The Winx Club, which aired on Nickelodeon in the early 2000s Fans are eager to know what the main differences are between the original animation and the new Netflix hit.

The cast of the original series, including Bloom’s voice actress Molly Quinn, sat down with the Fate The Winx Saga production team. They took a look at the pilot script and shared their thoughts on the new series, with Joanne Lee of The Winx Club serving as executive producer.

On top of this, the cast and crew behind the new show were new to the franchise and it takes a much darker turn, the creators were inspired by shows like The Vampire Diaries, Riverdale, and Chilling Adventures of Sabrina.

All of these teen dramas tackle dark and twisted themes, and stray away from the bright fantasy of the original Winx Club. The cast of Fate is based on some of the original characters, with Abigail Cowen taking on the role of the main protagonist Bloom.

In addition the antagonist Beatrix (Sadie Soverall) was another new addition to the live action series, following the controversies one of the main characters that has not yet appeared in the Netflix series is Tecna, and fans are waiting to see if it appears. in a possible season two.

Likewise, there are some differences when it comes to relationships on the series, as Stella (Hannah van der Westhuysen) and Sky (Danny Griffin) were never an item on the original show. In the animated series, Musa also has a relationship with the antagonist Riven (Freddie Thorp), not Sam (Jacob Dudman) and in reality, there were three villains in the original series, known as the Trix.

Fans have also noticed the difference in costume between the two series, in the original Winx Club, all the fairies wear sparkly costumes and their wings are much more prominent. While in Fate The Winx Saga, fairies dress up as everyday humans and Bloom’s fairy transformation was downplayed, according to fans.

Angelina Jolie: with whom did she share her life before Brad...