Home Entertainment The Diablo Immortal Rift simulator allows players to ride until they “get”... 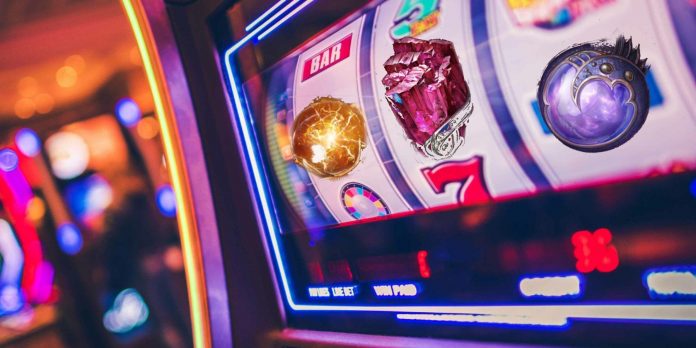 To say that Activision Blizzard has made huge strides in the public relations department over the years is perhaps one of the biggest understatements in the industry, and Diablo Immortal is its latest venture in this area. Despite the fact that it is a free game, Diablo Immortal contains so many different systems in which players can invest their money that many of them have completely turned away from it.

Perhaps the most frustrating of these systems is the gemstone system. Technically, gems are not a problem for players unless they want to make their character as strong as possible. In this case, players who want to get a 5-star gem in Diablo Immortal for free must choose either an endless grind or spending potentially ridiculous amounts of money.

This caused many players to cry out in frustration due to the nature of the gem system slot machines. The odds are comparable to gambling in Las Vegas or buying lottery tickets, since the odds are always in favor of the casino – in this case Blizzard. The results are terrible, as many streamers have shown the unfairness of the system using their own money. One streamer named Quin69 sat down and invested more than $ 4,000 in the Diablo Immortal system in one sitting, and by the end he had not received a single legendary stone with 5 stars. Since then, Quin69 has invested more than $25,000 in the system without receiving a single 5-star gem.

Because of the case of Quin69 and others, one player in Diablo Immortal decided to expose the exorbitant shortcomings of the system. User dimi777 has created a simulator designed to expose the gemstone system as unfair, allowing players to try their luck for free. The result was a slot machine that quickly scaled to thousands or possibly more before the user ever saw a 5-star gem pop up. What’s even worse is that dimi777 stated that the system uses the same odds as Elder Rifts in the game. Frankly speaking, in order for the game to survive in the future, the Diablo Immortal endgame needs to be completely reworked.

Looking back, it seems that the guy in the red shirt from Diablo Immortal was more right about the game than he could have imagined when he first got up and started playing Blizzard at Blizzcon 2018. The main game designer Vyatt Cheng sadly remarked in response: “Guys, you don’t have phones.” However, most fans believed that the mobile title would be a problem only because it was assumed that it would be a low-quality fake of the series. Instead, it is now marked as one of the most greedy games released to date.

Blizzard may not be interested in saving the game; after all, Diablo Immortal has already brought the company more than $24 million. Although it’s hard to argue with such figures, many fans believe that Blizzard has once again tarnished the name of its company, showing how far it has fallen since the release of World of Warcraft.

Diablo Immortal is already available on mobile devices and PCs.

How To Turn Off The Autoplay Of Videos On Twitter: Goodbye,...

Is the legendary series starting again? Trailer from Netflix!