Home Entertainment The Diablo Immortal glitch allows the player to get to the top... 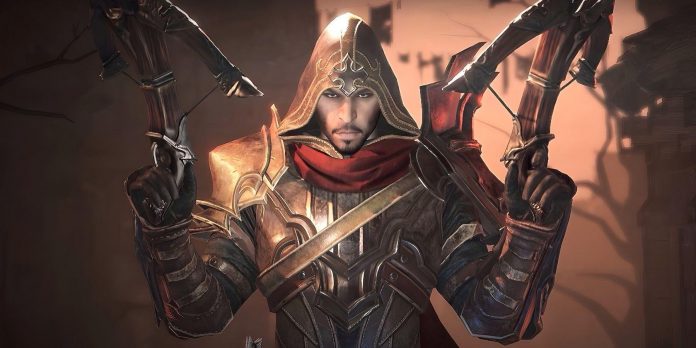 With all the controversy surrounding Diablo Immortal, it’s too easy to forget that there is actually a game that can be discussed if all its microtransaction-related issues are put aside for a moment. Like almost every other game on the market, Diablo Immortal also has its share of bugs, and not all of them annoy or break the game.

One of the funniest mistakes of Diablo Immortal was recently discovered and published on the official subreddit of the game by the user evonhell, and it relates, in particular, to the demon hunter class. It seems that demon hunters can use one of their dash-type abilities to traverse large vertical spaces, some of which shouldn’t actually be available in normal gameplay.

The demon hunter class in Diablo Immortal has an extremely wide range of special abilities and gadgets that define them as agile, flexible characters with a penchant for two-handed crossbows. In fact, these are Diablo Immortal glass cannons, and abilities such as “Daring Swing” allow them to quickly move from one place to another. However, as evonhell has shown, sometimes this can lead to unexpected results.

Apparently, you can climb trees from DiabloImmortal

With all the discussions surrounding the disappointments in Diablo Immortal related to the free game, it’s not so strange that some players immediately asked evonhell how much it costs them to be able to jump trees with their demon hunter. Others, on the other hand, have noticed that there doesn’t seem to be any drop damage in the game, and that it’s possible to use this glitch to deal damage to enemies from afar without the risk of being killed.

This particular glitch is likely to be fixed in the near future as it allows players to potentially break game levels and go beyond. The good news, however, is that demon Hunters have excellent legendary armor that they can already rely on to carry them into endgame, which means that even if it’s possible to attack enemies from trees and deal free damage without additional risk, it won’t be final for class effectiveness.

Despite its problems and disagreements over microtransactions, Diablo Immortal is the biggest release of the franchise: more than 10 million unique players on the second day after its launch. Thus, it is quite obvious that investing in the production of a free mobile game Diablo was the right move for Blizzard from a financial point of view, and that this should remain relevant for some time, no matter what.

Diablo Immortal is now available on iOS, Android and PC.