Home Entertainment The devil works part – time !: Is the devil a bad... 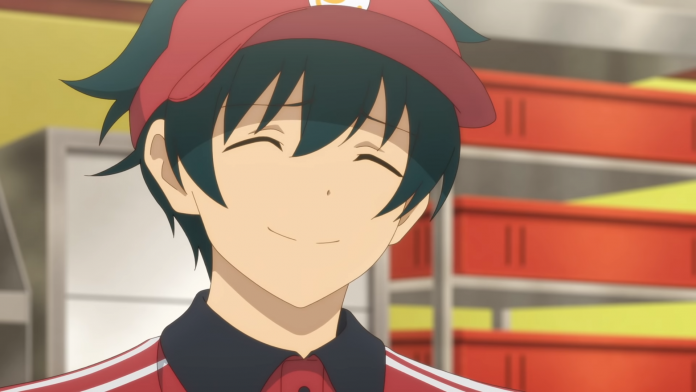 The devil is one of the most frequently portrayed characters in pop culture, and almost every time he appears, he is the embodiment of pure evil. There were times when Satan was portrayed as sympathetic, but Satan was almost never portrayed as a good guy.

The devil works part-time! focuses on the rise, fall, and rebirth of the infamous Demon Lord Satan. Satan begins his journey as a warmonger trying to take over the world. His plan fails when the hero Emilia defeats him in battle. He miraculously escapes death by escaping into the world of modern Tokyo through the gates, where he continues to implement his plan to take over the world in a much more innocent and mundane way.

What makes a good guy?

To find out if Satan is a good guy, you need to first identify him. Most of what defines good and evil is determined by culture. There are great cultural differences between his homeland; Enta Isla and Tokyo, Japan. Enta Isla is a feudal economy that basically resembles a return to the Middle Ages. Tokyo is obviously a modern capitalist city. Satan’s strategy for gaining power is changing, just as the methods of gaining power change over time.

Military force and divine right were the most effective way to ensure the absolute power of the king in the Middle Ages. Satan used military force to capture Enta Isla, mainly because there were no other ways to gain power, especially since Satan had no way to gain divine support. In modern Tokyo, the only thing a person needs to gain power is capital, and there are both good and bad ways to do this. Satan’s plan in “The Devil Works part-time”!! this is to climb the career ladder at MgRonald’s.

If the pursuit of power makes someone evil, then Satan is clearly evil. However, even if the pursuit of power does not make Satan evil, there are other factors that can do it. For example, why Satan needs power or what he plans to do with power when he gets it. Satan, who works part-time, seems to want power, respect, and a rise in the status of others.

His motives are noble, but it is also necessary to see what are the consequences of Satan’s actions in the pursuit of power. MgRonald’s (a parody of McDonald’s) is a corporation that many consider evil for a variety of legitimate reasons. If Satan’s actions contribute to the elevation of Mgronald, then perhaps Satan is evil. Alternatively, one could argue that if Satan somehow managed to become CEO of MgRonald’s, then he could change the company by making it more moral.

At the moment, in “The Devil is part-time!” the Devil is still working part-time. The biggest leap in power for him is the possibility of promotion to a full-time employee. It is unreasonable to say that every MgRonald’s employee who works part-time or full-time is evil just because he works for MgRonald’s. The only proof that Satan is evil is what the hero Emilia and her compatriots said about what he did in Enta Isla. They said that Satan killed innocent people without remorse. Satan must be a bad guy, right? Can Satan change? He is completely noble in his actions on the screen in modern Tokyo, and his worst enemies have begun to look at Satan in a more merciful light, even thinking about forgiveness.

There are people who will never forgive Satan and rightly believe in the proverb “a murderer once is a murderer forever.” Satan’s reputation as a charmer and eloquent demagogue who seduces naive people to follow him. The last season of Satan’s good deeds in the TV series “The Devil works part-time”!! all of this may be a ploy used to advance his plan to take over the world. Then it seems that the only way to believe that Satan is a good guy is to believe in Satan.

CoD Warzone Shows The Map Of The Pacific And Its Plot...