Home Entertainment The developers of the FF7 remake told whether Barrett can use Cloud’s... 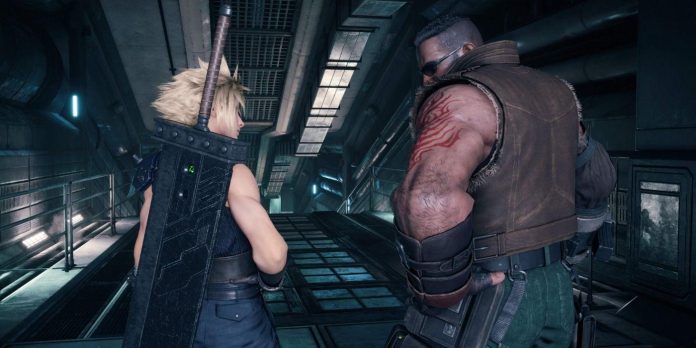 The developers of Final Fantasy VII Remake told whether Barrett Wallace will be able to wield the iconic Buster Cloud sword in battle. Buster Sword is notorious for being a ridiculously oversized weapon, to the point that it has been parodied many times, especially whenever JRPG tropes are ridiculed in other media.

FF7 was released on the original PlayStation in 1997. At that time, the game had innovative graphics, but it was still a long way from the era when developers had to wonder how to make unusual objects fit into a realistic environment. This problem was faced by the developers of FF7 Remake, who had to walk a tightrope to make the visual effects match what the fans remember, while updating them in such a way that they still look good. Cloud and Buster’s Sword have appeared in a number of FF7 crossover games and spin-offs over the years, so their design should have been just in the FF7 Remake.

Only a few FF7 characters have used Buster’s Sword, and Cloud Strife, Zach Fair, and Angil Hughley have used it at some point in the series. The other band members in FF7 and FF7 Remake have their own weapons and fighting styles, so they have never used Buster Sword in combat. FF7 Remake character modeling designer Masaki Kazeno was asked in an interview for the Square Enix website if Barrett could use Buster Cloud’s Sword.

“Barrett’s biceps are obviously massive when you see them in the game. For easy comparison, the surface area of the cross-section of Barrett’s shoulder is about four times larger than Cloud’s. If you extrapolate this difference from the point of view of mere physical strength, then yes, Barrett really looks like he can lift and chop Buster with a sword with one hand. However, this is quite different from asking if he can wield it as a weapon. If we assume that Buster’s Sword, if it were made of iron, then it would be a giant sword weighing about 40 kg, and many factors besides muscles would be required to wield it effectively. All in all, it shows how amazing Cloud is to be able to use it so elegantly! ”

The interview confirms that Barrett can lift Buster’s sword with one hand, but cannot use it effectively in combat. Barrett is an incredibly strong man, but he only has one arm, and the prosthetics he uses in FF7 Remake are mostly pistols. In Dirge of Cerberus: Final Fantasy VII, it is shown that there are advanced prosthetic limbs in the FF7 world, since Shalua Rui has a mechanical arm, but it is unlikely that Barret has access to the same technology, at least not during the events of FF7.

Cloud and other Buster Sword holders can only use weapons effectively for external reasons, since the strength of each of them has been increased in different ways. It is likely that only members of the SOLDIERS could use Buster’s Sword, thanks to the power granted to them by exposure to Mako energy and injection of Genova cells. Barrett may be a muscular warrior, but it is unlikely that he will ever be able to use Buster’s incredibly heavy sword to the same extent as the members of the SOLDIERS, as the power of an extraterrestrial monster flows in their veins.