Home Entertainment The developers of Modern Warfare 2 talk in detail about the changes... 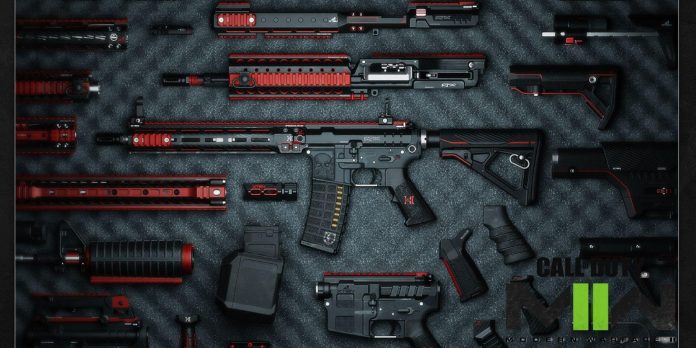 Infinity Ward, developers of Call of Duty: Modern Warfare 2, spoke in detail about updates to the Gunsmith tool. The customization tool, now known as Gunsmith 2.0, allows users to design their weapons in detail before venturing into one of the various multiplayer modes available in Modern Warfare 2.

Gunsmith has appeared in all the games in the Call of Duty franchise since Black Ops III, and is a feature in which players add various adaptations, such as optics and ammunition modifications, to any weapon. In Modern Warfare 2, Infinity Ward has lifted the veil over the new features that players can expect in the updated mode before the release of the game on October 28.

In previous Call of Duty games, players could customize all weapons by changing the muzzle and butt of the weapon or adding perks according to their style of play. Gunsmith 2.0 improves this somewhat by adding a new “Receiver Slot” option to the menu. This allows you to transfer modifications of the same “family” of weapons to new weapons after the player unlocks the corresponding improvement. Unlike last year’s Call of Duty: Vanguard game, which has many attractive weapon modifications compared to previous years, players will not have to suffer for a long time to unlock certain modifiers after a new weapon is unlocked.

The new optimized MW 2 process for Gunsmith 2.0 will undoubtedly be a welcome change for longtime COD fans, as it means less time will be spent fiddling with weapons, freeing up more time in the various multiplayer modes that are expected to appear in Modern Warfare 2. Along with practical improvements, Infinity Ward also confirmed that all modifications and attachments for each weapon family are designed to look appropriate, so no matter which extensions are used, the weapon will not look out of place on the battlefield.

Activision is going to reveal more information about Modern Warfare 2 during its next Call of Duty event, which is scheduled for Thursday, September 15, at 10:00 Pacific Time, where the publisher is expected to show a comprehensive look at the gameplay in both single and multiplayer campaigns, as well as share the first A look at the new Call of Duty: Warzone 2 game in the battle royale genre.

A few days after the presentation, a series of beta tests of Modern Warfare 2 will be launched. The first public test will begin from September 18 to 20 for PlayStation players, and next weekend it will move to PC and Xbox.