Home Entertainment The developers of Homeworld 3 say that a 4-day work week is... 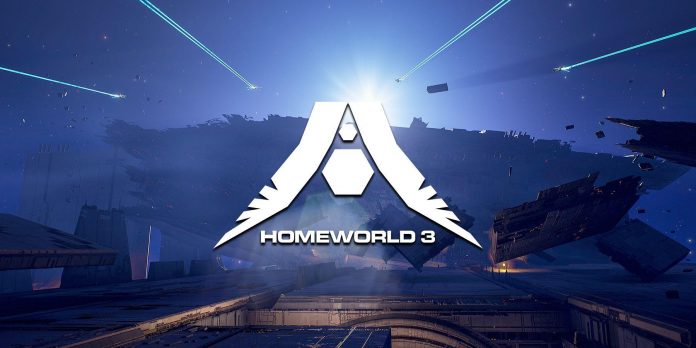 It’s hard to believe that more than 20 years have passed since the release of Homeworld 2, the latest game in the iconic real-time space strategy series, which has opened up new horizons thanks to its unique form of real three-dimensional movement. The long-awaited upcoming sequel Homeworld 3 is currently being developed by Blackbird Interactive in collaboration with Gearbox Software. Before Homeworld 3, the developers of Blackbird Interactive created Deserts of Kharak, a land-based prequel to the Homeworld series, which moved the gameplay to a completely new environment. Blackbird Interactive was also responsible for the sci-fi simulation of Hardspace: Shipbreaker, a unique game in which players must cut highly detailed decommissioned spaceships into scrap metal.

Blackbird Interactive hit the headlines earlier this year when the company began experimenting with a 4-day work week, and also postponed Homeworld 3 a bit to further protect the health of developers. This is a pleasant sight in such a chronically overloaded industry, and many fans on social networks and message boards expressed the opinion that they would prefer the games to appear a little later if it would improve working conditions and generally improve the quality of the final product. . It’s no secret that many games appear in a hurry, in an unfinished state, even when developers are working in extreme conditions, when visionary studios such as Blackbird Interactive are looking for solutions.

In an interview with Game Rant, Blackbird Interactive Chief Creative Officer Rory McGuire and Deputy game Director Catherine (Kat) Neal expressed their excitement about the transition to a 4-day work week. It seems that this change was very useful for the team, as they are working to meet the understandable expectations placed on Homeworld 3. Blackbird Interactive tracks the team’s progress during the changes and gives surprisingly good results. Rory McGuire told Game Rant about the change:

We keep a close eye on all our statistics in terms of performance and the like. In terms of numbers, this is almost identical to what it was with the five-day working week, except that everyone is more rested. Everyone makes smarter decisions. Everyone is happier. And it was just incredible for us. So we’re actually going to share this with other developers and share some great ideas.”

Kat Neal also spoke about the improvement of the atmosphere and excitement in the studio thanks to more rest time for developers:

This is an industry that is known for the crisis, as well as a very creative industry. When it’s something super creative and you want to really make people passionate, it’s very important that you give them time to really get into these ideas and be excited when they come back to the office.

Blackbird Interactive collects data on changes and hopes to share the knowledge gained with other developers, which, we hope, will lead to a shift in the current culture of the gaming industry of ruthless crisis and unrealistic expectations imposed by corporate interests. The Homeworld 3 team is living proof that happy and healthy developers are more focused, purposeful and creative, which leads to a more efficient workflow and a better product. Let’s hope that the information collected by Blackbird Interactive can convince other studios to follow their example, especially since fans seem to support this change. After all, no one wants the developers of their favorite game to be unhappy.

Homeworld 3 is currently in development and will be available on PC in the first half of 2023.