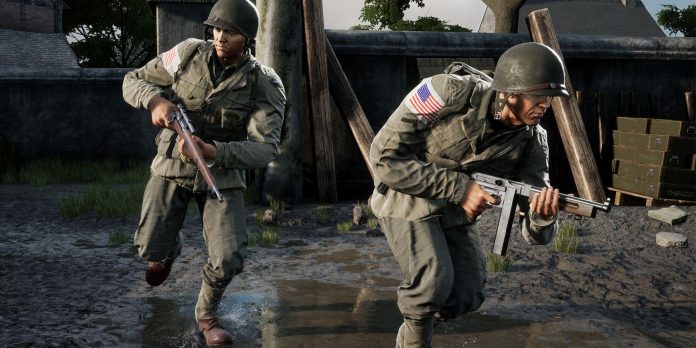 Battalion 1944 began as a collaboration between two studios that merged into Bulkhead Interactive. A multiplayer first-person shooter set during World War II, Battalion 1944 was designed to challenge Call of Duty and Battlefield, and the developer hoped to “revive old-school FPS for the next generation.” However, even after Square Enix became the publisher of the game, it didn’t end quite like that.

In 2016, Bulkhead launched a Kickstarter campaign to fund the 1944 Battalion and achieved unexpected success, reaching the funding goal in just three days and raising about $375,000. However, part of the success of the campaign was due to the developer’s promise to eventually release versions of the game for PS4 and Xbox One, which will accompany the release of the game for PC in 2019. To this day, supporters are still waiting for the opportunity to play Battalion 1944 on the console.

It seems that it will never come true. On August 9, Bulkhead Interactive announced the severance of relations with Square Enix and on August 16 will release a new version of the game called Battalion: Legacy. , and will be available on Steam. In addition, all Kickstarter supporters for consoles will receive a refund, and at the end of the message thanked the fans of the game for their support and apologized for leaving everyone for so long.

From the announcement, it is not entirely clear why Bulkhead decided to part with Square Enix. However, immediately after the split proposal, the company said, “We want to start this exciting new chapter from where we started, focusing on the players.” This may hint at a possible conflict between the publisher and the developer of a multiplayer game about World War II.

A new developer update has appeared on the Battalion 1944 Steam page, which tells what players can expect from the new release of the Legacy game. This will be the “revised and final version” of Battalion 1944, which means that players should not expect any additional updates to the game. Bulkhead has added another faction, new weapons and a game mode called “Find and Destroy”. The graphics and user interface of the game were also redesigned, and a server browser was implemented to facilitate the search or placement of matches.

Although some may be disappointed by the news that there won’t be a console version of Battalion 1944 in the end, many gamers probably won’t be surprised to learn about it. The game was launched three years ago, and there have been no updates from Bulkhead about the status of the PS4 and Xbox One ports. Currently, Battalion 1944 has a mixed rating on Steam, and many reviews request a free version of the game, so at least some players will be satisfied with this change. At the same time, there are plenty of Medal of Honor and Call of Duty games that Battalion 1944 fans can play on consoles.