Home Entertainment The details of the Rings of Power story describe the struggle in... 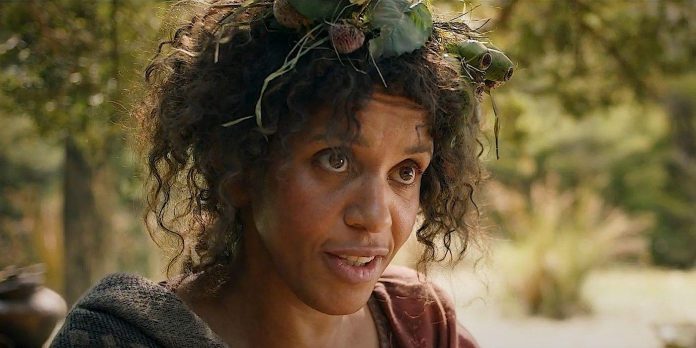 Sarah Zvangobani, one of the stars who played in the Amazon series “The Lord of the Rings: Rings of Power”, spoke about how the family of her heroine Harfoot struggles in the first season. The action of Tolkien’s book “Rings of Power” takes place during the Second Age of Middle-Earth, thousands of years before Frodo and his friends went to Mount Doom during the events described in The Lord of the Rings. Amazon has invested heavily in its quest to bring Tolkien’s Middle-Earth to its Prime Video streaming service, reportedly making unprecedented production commitments worth at least $1 billion over five seasons.

In addition to younger versions of characters familiar to fans of The Lord of the Rings, such as Galadriel and Elrond, The Rings of Power will also introduce a number of new characters from different peoples of Middle-earth. One such race that is expected to play an important role in the series is the Harfoots, the distant ancestors and predecessors of the Shire Hobbits. However, unlike their relatives from the Shire, the Harfoots are known for their nomadic lifestyle, thanks to which they travel through the wilds of Middle-earth.

Related: Oh No, the Rings of Power Teased Feanor’s Oath

Zvangobani, who plays Harfoot, known as Marigold Brandyfoot in “Rings of Power,” recently spoke to Screen Rant during Comic-Con 2022 in San Diego. She offered new information about the Brandyfoot clan, teasing the internal struggle that is being waged between them. Check out Zvangobani’s full comments below:

They have led a lifestyle for many generations. They expected this lifestyle to continue, and then something happens that upsets this balance.

Part of the struggle is that there are people in my family who are really ready to embrace the new, and there are people like Marigold who are just trying to protect what we have. And I think that’s where the problems lie.

Although all the stories of Middle-Earth are largely connected with the actions of races such as humans, elves and dwarves, it is encouraging to see that the Halflings will not be forgotten in this latest attempt to bring Tolkien’s world to the screen. Despite the fact that there are significant differences between the Hobbits of the Third Era and their nomadic ancestor, Harfoot, fans will be interested to know what influence they have on the formation of Tolkien’s vast fantasy world. Hopefully, their inclusion will also somehow explain how the Hobbits settled on the lands of Arnor and made the Shire their favorite home.

Although the Brandyfoot family hasn’t received much on-screen research yet, it seems that the “Rings of Power” have discovered a unique and perhaps surprisingly close conflict within them. This should give the series a reasonable advantage. Among all the great deeds of powerful kings and brave warriors, as well as the inevitable rise of the Dark Lord Sauron, the Lord of the Rings has always attached great importance to the actions of even the most humble people. As Lady Galadriel suggests in Peter Jackson’s The Fellowship of the Ring, “even the smallest person can change the course of the future.” Fans will finally get a chance to meet the Brandyfoot family and see how they will change the course of Middle-earth when “The Lord of the Rings: Rings of Power” is released on Prime Video on September 2.