Home Tech The Design Of The Samsung Galaxy S22 + Is Filtered. As Will... 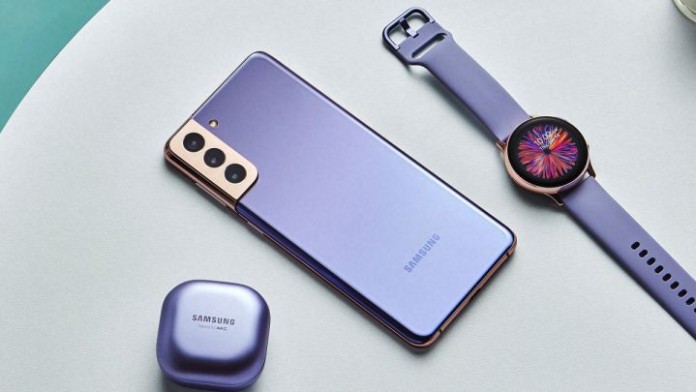 It has been the guys from 91Mobiles who have published the press renders of the Galaxy S22+, so we already know the official design of one of the new workhorses of the South Korean company.

The appearance of this is similar to that of the Galaxy S22 and Galaxy S21 + models. If we go to the back and pay attention to the camera module, it could be that it is made of glass, which differentiates it from the metal casing of the Galaxy S21 and Galaxy S21+. The terminal has three cameras on its back and a Super AMOLED Infinity-O screen with a maximum brightness of 1,750 nits.

The new Samsung Galaxy S22+ seems to have a metal frame, and according to previous leaks, the terminal could have Gorilla Glass protection on both the front and the back. The smartphone is also expected to feature an in-display ultrasonic fingerprint reader, IP68 rating for water and dust resistance, and stereo speakers. Another piece of information that comes in this leak is that the Galaxy S22+ would weigh 195 grams, making it lighter than its predecessor.

Depending on the region, rumors report that the next Samsung terminal will arrive with a Snapdragon 8 Gen 1 or Exynos 2200. As for the cameras of this Galaxy S22+, on the front it would have a 10 MP selfie camera, and on the back back a 50 MP main camera with 108 MP mosaic mode, a 12 MP ultra wide angle lens and a 10 MP telephoto lens with 3x optical zoom and OIS.

An important point that is also found in the leak is the capacity of its battery, this being 4,500mAh along with a fast charge of 45W. It is also expected to have fast wireless charging, reverse wireless charging and 5G.

without a doubt, a top-of-the-range phone that points to the top. When will Samsung present its new generation Galaxy S22? Most likely at MWC 2022, but we will have to wait for the Korean firm to confirm it.