Home Tech The design of the iPhone SE 4 has been revealed! This time... 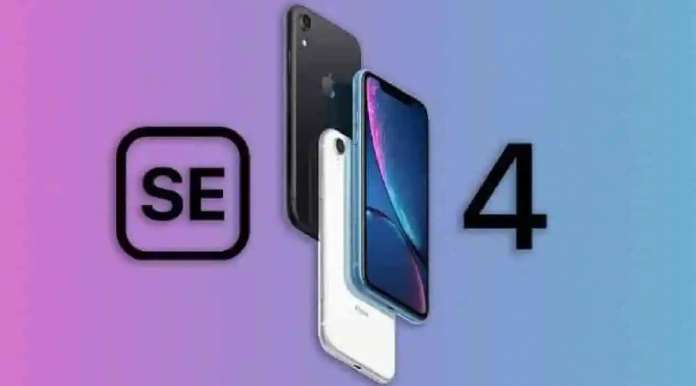 Apple has been introducing iPhone SE models, which are an affordable alternative to flagships, since 2016. The tech giant introduced the second model of the iPhone SE series in 2020 and the third model in 2022. Now the company is preparing to introduce the iPhone SE 4 model in 2024. Judging by the first information about the device, there will be many changes in the design of the new model. So, what will Apple offer in the design of the iPhone 4? Let’s look at the details of the news together.

iPhone SE 4 will be in the XR design!

It became known that Apple will use the XR design in the iPhone SE 4 model, which it will present. In other words, the middle key will be removed for the first time in the iPhone SE series. However, while the Face ID function is still unavailable, Touch ID will remain in place. The fingerprint scanner is expected to be moved to the side of the device by taking it from the front. Because the company wants the Touch ID function to remain on the models of this series as a trademark. According to another statement, it is believed that the company actually supports this feature to reduce the cost.

The iPhone SE 4 will use a 6.1-inch LCD screen. Many criticized him for using the same design in the last two devices of the series and not changing almost any functions. Because Apple recently removed the screen with a notch on its newly introduced devices.

Ross Young, who often shares news about Apple, also shared that the iPhone SE 4 will also have a Dynamic Island feature. However, since this feature is used in the latest flagship series, the iPhone 14 models, it seems that it is still far from a mid-range model.

There is no additional information about the new product yet. It is expected that the exact date when the device will be presented will be announced in the future.

What do you, our readers, think about this? What are your expectations for a future Apple member? You can share your thoughts in the comments section.