Home Tech The Design Of Another Google Application Is Changing! 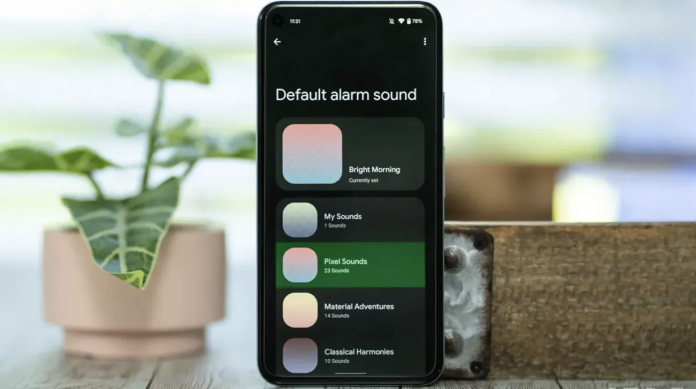 Sounds, a Google application, gets a different interface by keeping up with Google’s new material design approach.

The new material design concept, which Google calls ‘Material You‘, is slowly spreading across Android. This trend, which started with Android 12, was evident throughout the operating system. Now, we are in a process where Google applications are changing. Among the applications included in this process, Pixel’s ‘Sounds’ application was also included.

Google changes the design of the Sounds app

You can change notification sounds and ringtones from within a single application via the Sounds application on Pixel devices. Although this application is used extremely rarely, Google took the easy way out and brought the material design to Sesler this time. Everything from the corners to the stylish will look more minimalist in this simple app.

Screenshots of the new version of the application are as follows:

Although the number of pages in the application does not exceed 5, the fact that even a minor application of Google has changed to its new design shows how serious they are. When material design became widespread in 2015, the company that followed it quickly was Google. The Material You design is initiated by Google, and this new understanding does not change much, but it changes noticeable things. We will see how much other technology companies will adopt this design in the coming months.

The update for the Sounds application is currently being distributed, you can download the update from the Play Store.