Home Entertainment The date of the live broadcast of Genshin Impact 2.8 has been... 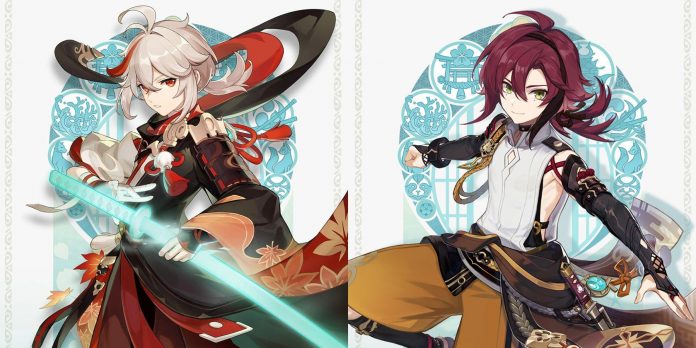 Genshin Impact 2.8 is approaching when the 2.7 update ends. As always, HoYoverse has prepared a live broadcast to showcase upcoming content and support the excitement in the community. Although Genshin Impact 2.8 may not bring the land of Dendro to Twilight, it may still have an exciting aspect.

The live broadcast of Genshin Impact 2.8 will take place on July 2, 2022, starting at 08:00 (UTC-4). The premiere of the special program is scheduled on Twitch, and in four hours it will be available on YouTube. Aether, Fischl and Kazuha were depicted on the global banner of the live broadcast. Meanwhile, there was no Air on the Chinese and Korean banners, but Fishl and Kazuha were also on both. This is probably a hint that Genshin Impact Kaedehara Kazuha will be re-shown in the upcoming update, and Fischl may receive special additions.

The community was looking forward to the re-screening of Kaedehara Kazuhi in Genshin Impact. As one of the best supports in Genshin Impact, Kazuhi’s presence in the team can really boost the group’s productivity.

Unfortunately, people realized Kazuhi’s potential too late. When the community began to love Kazuha for his usefulness, his banner had already passed, and the players who missed him could do nothing but wait for him to repeat. Considering that “Wandering Samurai” was released in Genshin Impact 1.6, its relaunch seemed like an eternity.

Kaedehara Kazuha is a character in Genshin Impact who wields a sword. He has Anemo Vision and can grant an Elemental DMG bonus based on his Elemental Mastery. In addition to top-level support, Kazuha can also do decent damage on her own. Although, of course, since the Samurai is not suitable as the main DPS, his damage comes solely from his abilities.

As for the next major DPS, the community was expecting Klee to come with Kazuha. The couple got together back in version 1.6, so it would be logical if their banner was also repeated together. However, unlike Anemo’s support, Klee did not appear on any of the banners of the live broadcast, so her replay is unlikely to happen. Klee uses Catalyst in Genshin Impact. She is a child with great arsonist power who got her vision at a very young age and loves to use her abilities to blow up fish.

Besides Klee, Joimiya is also a candidate for a comeback. The last time her banner was available in Genshin Impact 2.0, one version later than that of Kli and Kazuhi.

Disgaea 6 Complete: How to unlock all classes of people

Destiny 2: The Vow of the Disciple God