Home Crypto The Data Has Arrived: Here are 4 Altcoins to Watch and Forecasts... 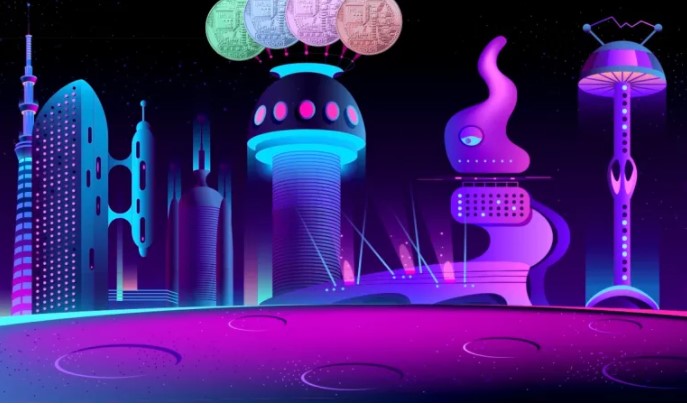 Bitcoin and altcoin projects had a great year. So how can ETH, BNB, AVAX and MATIC perform in 2022? Bitcoin (BTC) witnessed a dizzying journey in 2021. Despite BTC correcting sharply from its all-time high of $69,000, the coin is still up 60% over the past year. Over the year, the total crypto market capitalization rose to around $3 trillion, but Bitcoin’s dominance fell from around 70% at the beginning of the year to 40%. This shows that several altcoin projects are outperforming Bitcoin by a large margin.

BTC and 4 other altcoins

BTC/USDT. Bitcoin (BTC) broke above the overhead resistance at $64,854 in early November. Selling continued the following week and the price declined below $64,854. The bulls bought the dip but failed to extend the recovery above the 20-week EMA. The bears are once again trying to push and sustain the price below the 50-week SMA. If successful, the BTC/USDT pair could drop to the strong support at $39,600. A break and close below $39,600 could result in a deeper correction to $28,805. On the other hand, if the bulls successfully defend the 100-week SMA, the pair will make another attempt to break above the 20-week EMA. If this happens, the pair will attempt a rally to the overhead zone between $64,854 and $69,000. According to the analyst, a break and close above this zone could initiate the next leg of an uptrend that could propel the pair to the psychologically critical $100,000 level.

ETH/USDT. Ether (ETH) is correcting in a strong uptrend. Both moving averages are rising and the RSI is in the positive territory. The bears are trying to push the price below the 20-week EMA ($3,745). The bulls will now make an attempt to clear the psychologically critical general hurdle at $5,000. If successful, the ETH/USDT pair could start the next leg of the uptrend at the initial target 100% Fibonacci extension at $5,719.68. If the momentum pushes the price above this level, the next target to watch out for is the 138.2% Fibonacci extension level at $6,566.19. Contrary to this assumption, if the price drops from the current level or overhead resistance and falls below the 20-week EMA, it will signal that traders are selling in rallies. This could open the doors for a possible drop to the strong support at $2,652.

BNB/USDT. Binance Coin (BNB) is down from $669.30, showing that the bears are aggressively guarding the all-time high of $691.80. The rising moving averages and RSI are in the positive zone, suggesting that buyers have the upper hand. If the price bounces back from the current level, the BNB/USDT pair could rally from $669.30 to $691.80. The bulls will have to break through this hurdle to signal the resumption of the uptrend. If this happens, the pair could start the next leg of the rise to $848.30 and then attempt a rally to $1,171.90. A consolidation near an all-time high is a positive sign as it shows the trader is in no rush to exit. This raises the possibility that the upward move will continue.

AVAX/USDT. Avalanche’s (AVAX) sharp rally to $147 all-time high has brought the RSI closer to the 85 level, which indicates that the upward move has been overextended in the short term. This may have resulted in profit booking by short-term traders. The bears pushed the price below $81 for three consecutive weeks but were unable to sustain lower levels as seen from the long tail on the candlesticks. The strong rebound from the 20-EMA ($73) shows that sentiment is up and traders are buying on the dips. According to the analyst, the bulls will now try to push the price to an all-time high at $147. A break and close above this resistance could start the next leg of the uptrend. According to the analyst, the AVAX/USDT pair could rally to $213.17 later and if the momentum continues, the rally could even extend to $260. This bullish view will be invalidated if the price breaks from the current level or overhead resistance and drops below $75.50. The pair could decline to strong support at $50 later. Such a deep drop is likely to delay the start of the next leg of the up move.

MATIC/USDT. Polygon’s MATIC is in an uptrend. The bulls tried to push the price above the all-time high of $2.70 but failed. This suggests that the bears are aggressively defending the overall resistance. However, a positive sign is when the bulls buy dips to the 20-week EMA ($1.62). This shows that sentiment continues to rise and traders are piling up on the dips. The ascending moving averages and the RSI near the overbought zone suggest the path of least resistance to the upside. According to the analyst, the bulls will make another attempt to push the MATIC/USDT pair above $2.70. If they succeed, the pair could start the next leg of the uptrend that could reach $3.28. A break and close above this level could extend the rally to $4 and eventually $4.77. Contrary to this assumption, if the price drops from the current level or drops below the overhead resistance and the 20-week EMA, it will indicate that supply has exceeded demand. If the price stays below the 20-week EMA, selling could gain momentum and the pair could drop to the 50-week SMA ($1.04).

ATH Sees Twice In A Week: What Is VeChain?