Home Entertainment The Darkest Murder of Reed Richards Explains Why Not Every Reality Has... 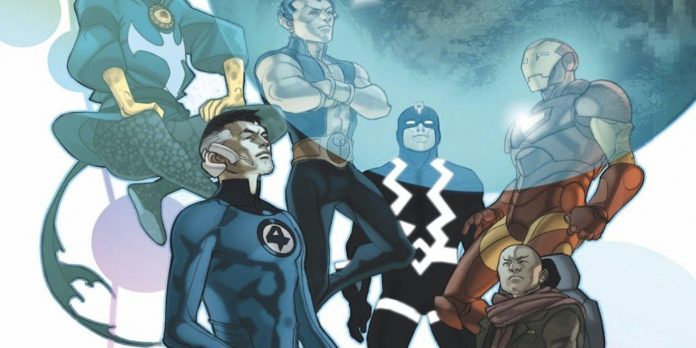 Many realities in the Marvel multiverse have their own version of the Illuminati, but Reed Richards of the Fantastic Four is to blame for the fact that some universes were left without them. In particular, Reed Richards of Earth-231 caused the Illuminati of his universe to disintegrate almost immediately after it began in one of the darkest acts of the hero to date.

The Illuminati are a cabal in the Marvel universe, secretly uniting leaders and heroes of extraordinary intelligence for the common good. In “The New Avengers #7” by Brian Michael Bendis and Steve McNiven, the Illuminati first form, combining Iron Man from the Avengers; Black Thunder of the Inhumans; Doctor Strange, the Archmage; Namor, the King of Atlantis; Professor X from the X-Men; and the aforementioned Reed Richards from the Fantastic Four. Later, the Illuminati will be joined by new members such as Captain America, Black Panther and Bruce Banner.

After the disastrous events of the “Civil War” and the “Secret Invasion”, Richards from the main Marvel universe (Earth-616) builds a device known as the “Bridge”, which allows him to view alternate realities in the hope of discovering where something went wrong. Looking through various realities, Richards discovers that many of them end in disaster, and the Illuminati seem to do more harm than good. In “Dark Reign: Fantastic Four #3” by Jonathan Hickman and Sean Chen, Reed Richards of Earth-231 comes to the same conclusion and kills all the other members of the Illuminati as soon as the group is formed, seeing this as the only way to prevent the danger posed by the party.

Although the concept of the bloodthirsty Reed Richards is not new, this cull shows the shocking measures that the hero will take for what he considers the highest good. However, this is a moment that influences many of Reed’s decisions in that era. Reed’s status as one of the smartest people in the Marvel universe often leads him to put important decisions, such as killing his friends and allies, on his shoulders, as he considers himself the only one who can solve the problem. Although he often makes such decisions to protect his family, it ironically led to the Fantastic Four momentarily falling apart due to Reed’s unwavering commitment to the Superhero Registration Act during the Civil War.

Perhaps even more disturbing is that Hickman later hints that many Illuminati members could easily come to the same decision as Richards from Earth-231. Hickman’s work on the New Avengers focuses on the Illuminati’s attempts to stop the invasions, world-threatening collisions with parallel Lands and taking rather drastic measures for this. The members of the group erase the memory of Captain America, build an arsenal of world bombs and even blow up an occupied planet to save their world. This eventually leads to a confrontation with Captain America, Shield, and many Avengers who believe the Illuminati should be judged for their history of controversial decisions. Although all this was done to save their world, these heinous actions show what darkness Reed Richards and the rest of the Illuminati can justify when they think it’s for the good.