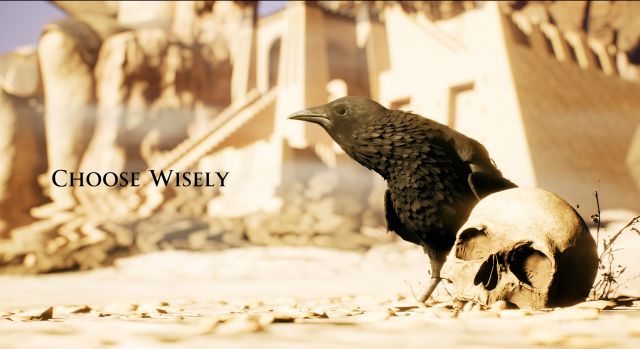 The Dark Pictures Anthology: House of Ashes: The third installment in the horror anthology from Bandai Namco and Supermassive Games literally takes us to hell and back. “Kur”: “House of Ashes” in Sumerian, name given to the Underworld in ancient Mesopotamia

For those who do not know what the Dark Pictures Anthology is about, a brief summary: With Supermassive -the authors of the great Until Dawn on PS4- creating and developing and Bandai Namco producing and distributing, Dark Pictures is basically the translation of the concept of Tales from the Crypt or American Horror Story: different stories born from a gallery of paintings that a mysterious character, that curator of stories who is going to learn so much from us, discovers us.

Each painting is a game, a title with a strong narrative load that changes the period, setting, characters, plot and sub-genre of horror in each installment. In 2019 the saga debuted with sea terror and the ghost ship of Man of Medan; Last year, Little Hope terrified us with her Horror Folk concept and a Silent Hill patina that suited her wonderfully.

And again, the study wants to start from real events to build its own story. In Dark Pictures Anthology: House of Ashes, Supermassive takes us into the fascinating mythological world of gods and creatures of Sumerian culture, narrating a fiction that arose from the royal governor Naram-Sin, self-proclaimed divine king of the Akkadian empire, who ruled in 2250 before Christ. The real Naram-Sin angered his gods for having looted a temple dedicated to one of them, and brought a curse on his people.

“Rick and Morty” are going back to their roots — here’s...