Home Entertainment The Cycle: Frontier — how to play with friends 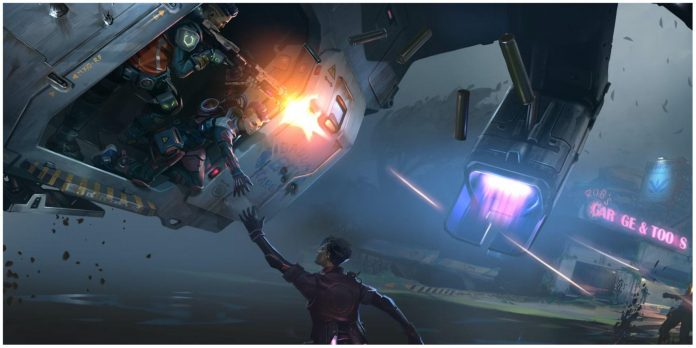 It’s dangerous to go alone in The Cycle: Frontier. If monstrous creatures masquerading as other players roaming the lands were not enough, there are also strong enemies waiting for the player from ambush in every looting spot scattered around Fortuna III.

To maximize the chances of survival and get more fun from the game in general, it is recommended to play with friends. However, the game does not make it clear how the system works. This guide will help players add their friends to the friends list in the game before teaming up and going to a hostile planet together.

Where to find usernames

As mentioned earlier, The Cycle: Frontier has a fancy system for finding friends. Just knowing the Steam username is not enough, as players also need to know the five digits at the end of a friend’s username. They are randomly assigned by the game.

To go to the screen shown in the screenshot above and find out their full username of The Cycle: Frontier, players need to press the tab key (or open inventory) while in the game area. There, go to the “Play” tab in the far left corner. It is on this screen that they will find a list of their current quests, a hint for deploying to Fortuna III and their full username.

After finding out their usernames, players must go to the Friends list menu by pressing the “O” key. There they can see:

Thanks to the previous step, players are a few steps away from adding their friends as friends in the game.

Enter your friend’s full name (including numbers) in the search bar on the “Add Friend” tab. Click the magnifying glass icon. Click the plus sign next to the name of the desired friend. Wait for a friend to accept the request.

In addition to playing with friends, players may sometimes want to add an interesting hub player to their friends list. To do this, simply approach the player and hold F to open the context menu. Then you can quickly and easily click the “Add a friend” button, after which the player will receive a friend request in the menu of his friends list.

Making up a squad

Adding a friend is good, but moral support will not heal the player’s bullet wounds. After all, adding friends to the squad is the ultimate goal. To do this, open the friends list menu again. After the player accepts the friend request, he will appear in the list with various icons next to his name. To add them to the squad, click the icon with the image of several people and wait for them to accept the invitation.

After that, open the deployment menu by physically approaching the launch site (or by going to the “Play” menu section). There, all squad members must equip all the items they want to bring to Fortune III and select “Done”. When all the players are ready, the group goes to the planet together. Just try not to leave anyone behind during extraction!

Jennifer Coolidge admitted that the “Bend and Snap” of “Legally Blonde”...