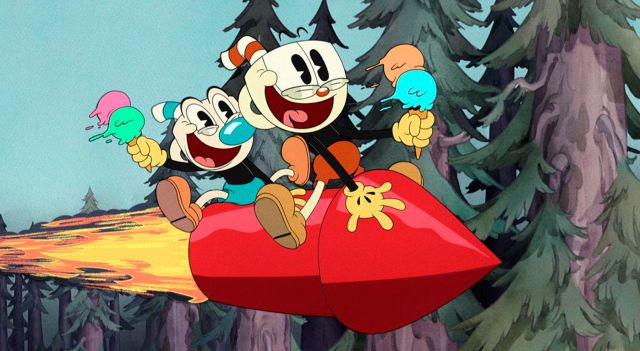 The Cuphead Show: The new animated series based on the video game Cuphead finally shares its premiere date on Netflix through a crazy final trailer. The Cuphead Show! o The Cuphead series!, which is what it will finally be called in Spain, shares its final trailer and confirms the release date on Netflix, the popular streaming platform. This has been shared by its managers, publishing a hilarious and hilarious trailer that you can see on these lines, announcing that the first season will be available on Netflix from February 18, 2022, exactly within a month. And we also have the definitive poster of the series!

The Cuphead Series! premieres on Netflix in February

“In this animated series based on a famous video game, the brothers Cuphead and Mugman, one impulsive and the other impressionable, overcome numerous adversities”, we can read in the official synopsis of the series on Netflix. And it is that by the looks of it, the Cuphead series! It is completely faithful to the original video game and its next expansion, The Delicious Last Course.

So much so, that the main duo, Cuphead and his brother Mugman, will venture through the Inkwell Islands in search of fun and the most unlikely challenges, just like in the celebrated video game from Studio MDHR. Although soon things will go wrong with the appearance of Diablo, Cuphead’s antagonist, and his different henchmen.

Cuphead creators brothers Chad and Jared Moldenhauer are overseeing the project for Netflix, as well as serving as executive producers on the series. Those who want more adventures of Cuphead and company have an appointment with the DLC of the main adventure next June 30, 2022 on PC and consoles.

Featuring the voices of Tru Valentino (Fast & Furious: Spies behind the wheel) for Cuphead and Wayne Brady for King Dado, the Cuphead! series premieres exclusively on Netflix on February 18, 2022.