Home Entertainment The Cult Of The Lamb is just one example of a long... 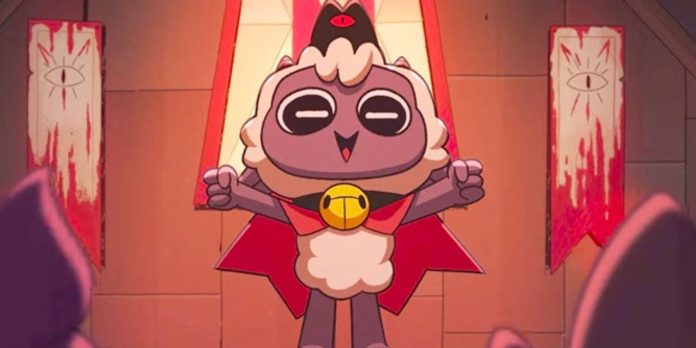 Cult of the Lamb has been incredibly popular since its release due to its dark but cute aesthetics, fascinating gameplay and creative cult mechanics. However, this is not the first game dedicated to the study of cults. In fact, there are many games in which players somehow struggle with the cult, for example, Cultist Simulator, Underhand, The Shrouded Isle, Evil Cult, Heretic Operative, Enter the Gungeon, Civilization 6: Red Death and Honey, I. Joined the cult.

This is just the tip of the iceberg, as many games have worlds with cults, such as Resident Evil, Fallout, Silent Hill, Night in the Woods, Tomb Raider, EarthBound, Dead Space and BioShock. The types of cults range from religious to personal, as well as demonic or Lovecraftian. The veteran gamer knows a lot about fictional cults, but some fans may wonder why cults in games are so widespread. There are a number of possible reasons, and in fact there are many ways that video games have explored cult stories.

The connection of video games with moral panic

When it comes to video games and their relationship with religion and morality, there is an elephant in the room. For a long time, video games have been portrayed as corrupting factors, especially for young people. Many finger pointers in this scenario are deeply religious, considering video games to be sinful because of their sometimes fantastical, violent, addictive and sexual content. All this has contributed to a deep cynicism towards religion in many video games and in some gamers themselves.

Perhaps it is for this reason that video games have begun to explore cults as an opportunity to critically comprehend and question what is happening behind those who are convinced by moral panic or the mentality of the crowd. Video games offer a safe way to get to know sects and interact with them, which in real life can be quite dangerous. Much of the moral panic directed at video games is caused by ignorance and fear-mongering, which largely mimic fictional cults in video games.

Even recent games, such as Cult of the Lamb, have attracted the attention of moral panic due to the many negative reviews that have a religious connotation. This is part of what attracts more people to games like Cult of the Lamb, because ironically it increases the fascination with the game as part of the counterculture.

Although most cults are associated with video games negatively, developers often investigate why cults arise. Gamers are in a unique position where they can see how a cult can feel like a family. Storylines are often built with a main character who loses everything, and that’s when cults try to recruit someone. While many video game cults are fantastic, some of them are more mundane, such as in Far Cry 5, where the villains are a cult of militant Christians.

The main villain of BioShock Infinite is the founder of an ultranationalist cult based on Ernst Rudin, a real Nazi, and Anthony Comstock, a Christian moralist who led major censorship campaigns. The big twist is quite indicative of how you can connect to a cult. The bottom line is that the protagonist of BioShock Infinite, Booker DeWitt, is actually a villain, but a villain from an alternate reality where he was baptized and is believed to have been freed from his sins, while Booker escaped, believing that baptism would not forgive his sins. One small detail changed everything, creating two opposite versions of a person.

One game known by many cults is Fallout, from Treeminders to Church of the Children of Atom. While much of the cult activity in Fallout is silly, funny, and explored in side content, there’s a whiff of reality throughout this series and its factions. There are so many cults because the nuclear war has left a blank slate of very desperate people. There is sadness in cults because they want answers in a world that gives nothing.

These examples, which are closest to home, are fascinating and reflect the time in which developers and gamers live. Today there are many cults, from religious to philosophical and political, and some of them find refuge on the Internet. Although the “Cult of the Lamb” appeared relatively recently, it uses a much more fantastic approach to cults. There is little in the “Cult of the Lamb” that connects the real world with the cult, and perhaps that is partly why it is so popular. Many gamers usually play games to escape from reality, rather than always being critical of it, as some other games do with their narrative. Despite this, it is clear that cults have an extensive but detailed history in the gaming industry.

The Blacklist Season 9: Episode 8 Synopsis Reveals What’s Next for...

Pokémon GO: how to get Beldum and evolve it to Metang