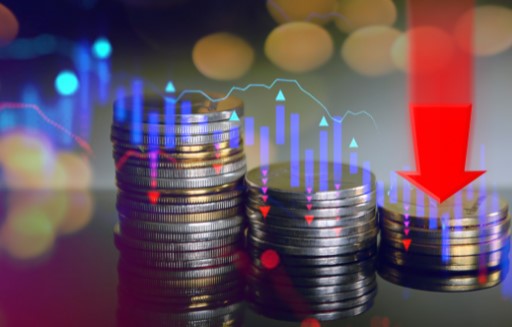 During the day, there were increases in the crypto money market and the leading cryptocurrency Bitcoin managed to rise above $ 39,000. The same was true for altcoins.

However, the cryptocurrency market suffered huge losses as Russia took action against Ukraine earlier in the day. While Bitcoin regressed to the level of $ 34,000, decreases of up to 20% were recorded in altcoins.

The increase in the cryptocurrency market the past day has pushed BTC above $39,000. However, this increase in BTC did not last long and the flagship started a rapid decline in the early morning hours.

While this decline in Bitcoin caused the price to fall to the level of $ 34,200, it crushed altcoins.

As of the time of writing, the leading cryptocurrency Bitcoin (BTC) continues to trade at $ 35,475 with a decrease of 7.14% in the last 24 hours, according to CoinMarketCap data.

Up to 20% Drops Recorded in Altcoins

Due to this crisis in the world, all cryptocurrencies started a sharp decline. In addition, the fact that BTC accompanied this decrease caused altcoins to lose more blood.

Ethereum (ETH), the world’s second largest cryptocurrency in terms of market value, fell below $ 2,300 after the declines.

As of the time of writing, ETH has dropped 11.66% in the last 24 hours, according to CoinMarketCap data, and is currently trading at $2,382.

Analysts warn: gold can open doors to the bottom!