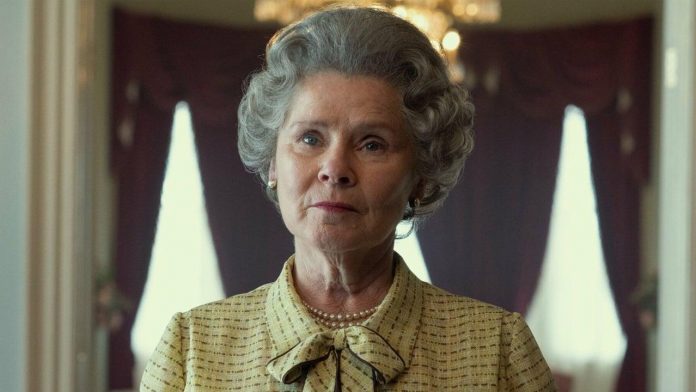 Crown screenwriter Peter Morgan says that after the death of Queen Elizabeth II, the show “will stop filming out of respect.”

According to Deadline, the 59-year-old British screenwriter said he expects production of season 6 of the popular historical drama to be suspended out of respect for the recently deceased monarch.

“The crown is a love letter to her, and I have nothing to add yet, just silence and respect,” he said in a brief statement. “I expect us to stop filming out of respect, too.”

The sixth season of “The Crown” is currently in production, and Imelda Staunton is set to make her debut as Queen Elizabeth II in the upcoming fifth season.

Of course, she is not the first actress to take on the role of the queen in the series: Olivia Colman won a Golden Globe for the same role, following Claire Foy, who played the young Princess Elizabeth.

Queen Elizabeth II was born in 1926 and ascended the throne after the death of her father, King George VI, in 1952. She was the oldest reigning monarch in the world at the age of 96, as well as the longest reigning British monarch in history.

The next season of “The Crown” will be released on Netflix in November, and it will star Imelda Staunton as Queen Elizabeth, Jonathan Pryce as Prince Philip, Dominic West as Prince Charles and Elizabeth Debicki as Princess Diana. They are joined by Olivia Williams as Camilla Parker Bowles, and Johnny Lee Miller will appear as Prime Minister John Major.

Olivia Colman as Queen Elizabeth II in the TV series “The Crown”.

In IGN’s review of the 4th season of “The Crown”, he received a rating of 9/10 and said: “The Crown” on Netflix continues to prove why it is one of the best shows on television in season 4, with an amazing ensemble of characters and an excellent script by showrunner Peter Morgan. and his team. These 10 episodes successfully maintain a balanced focus on both Queen Elizabeth’s complicated relationship with Margaret Thatcher and the exploration of what drives Charles and Diana’s relationship. The fourth season is another major achievement of the series, although it is bitter to say goodbye to such a talented group, since Netflix will remake their roles with older actors in the last two seasons.”

Do you want to know more about the Crown? Watch the best British shows on Netflix right now and learn about the dramatic robbery on the set of the fifth season of The Crown.

The trailer for the game Jagged Alliance 3 has arrived!