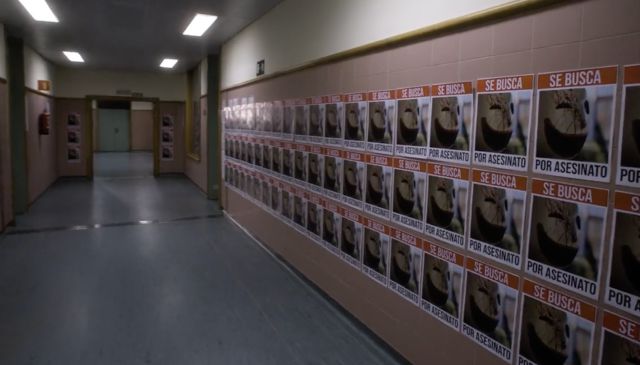 Criminal: Netflix publishes the teaser trailer for The Criminal Readers Club, the first great Spanish slasher produced by the platform. It will arrive soon. Netflix shows the first big preview of The Criminal Readers Club, the film that will adapt the book by writer Carlos García Miranda. The teaser trailer for this joint Spanish production with Netflix invites viewers to spend some time full of terror. You can see it at the top of this news.

The criminal book club, all we know

The first great Spanish slasher on the streaming platform will bring Carlos García Miranda’s book to the small screen. For those who do not know the author, Miranda has a long history in the audiovisual industry. His work as a screenwriter shaped series such as Los Protegidos, El Internado, Physics or Chemistry: The Reunion and Elite Corps, among others.

“When Angela agreed to participate in the Stephen King novel reading club, she did not imagine that her life would take a terrifying turn,” explains the synopsis of the book. “Entangled in a tragic death at the Complutense University of Madrid, all the members of the club must face their deepest secrets and their worst threats: any of them could die on the next page, and any of them could be the murderer. ”.

The script of the film also has the pen of its author. In the cast we can find interpreters of the stature of María Cerezuela, who won the Goya for best new actress for her performance in Maixabel. The young woman will be joined by other actors such as Álvaro Mel, Ane Rot, Iván Pellicer and Veki Velilla. Carlos Alonso Ojea will be the one who takes the reins of the direction of a film shot mainly in Toledo. We will have to wait for future dates to find out more details and its release date on Netflix, which is expected sometime this year.

Tales of Arise gets videos showing gameplay and characters

DC Announces Its Next Live-Action Movie For HBO Max: The Wonder...