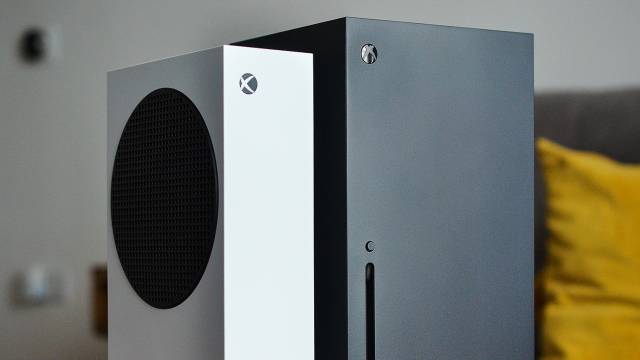 Xbox Series S is the entry model to the new generation of Microsoft consoles. For 299 euros (instead of 499 euros, like Xbox Series X), the North American company offers a digital-only solution, without 4K resolution, less power, RAM and storage. All in all, the results seem to be meeting the expectations of the company and the players. From Bloober Team, responsible for The Medium, they are delighted with her.

“The architecture of S, of this little box, is just amazing”

The first thing that Jacek Zięba, producer of the Polish independent studio, highlights in a meeting with VG24 / 7, is the ease offered by this new architecture when developing. “It has been a very pleasant experience, in most cases,” he says, giving as an example the difficulties that PS3 presented in its day, known for being more complex than desired. “With each new generation of consoles, we are closer and closer to the PC,” he assumes, not only in terms of power, but also in architecture.

“I played the entire game [The Medium] on Series S about a week ago, and I was impressed because I thought I had played it on Series X,” he acknowledges. “Someone told me: ‘man, it’s a Series S’. What? Amazing, wonderful. Of course, and birds, there is no 4K because S is not compatible with 4K, and it surely looks something different than Series X because X is twice as powerful; but the overall experience and fun of the game… that was the same. I have a Series S and I can’t wait any longer to play at home ”, he adds. “It’s a minor resolution, but it’s still a great experience,” Zięba relapses. “The architecture of S, of this little box, is just amazing.”

Where there are no differences between Xbox Series X and Xbox Series S is in the presence of an SSD storage memory (Series X with 1 TB; Series S with 512 GB), which ensures that the loading of two dimensions at the same time of The Medium does not suffer. Also, other console operations, such as instant loading of video games or Xbox Velocity Architecture capabilities, are guaranteed in both models because they share architecture: Xbox Series S is also a next-generation console. It remains to be seen if, in the future, this little console holds the type in terms of graphics.

The Medium goes on sale this January 28 on Xbox Series X | S and PC; also on Xbox Game Pass at no additional cost for subscribed members. The first big Microsoft exclusive – the studio doesn’t belong to Xbox Game Studios – from 2021.

A site that is said to have performed a coronavirus test...