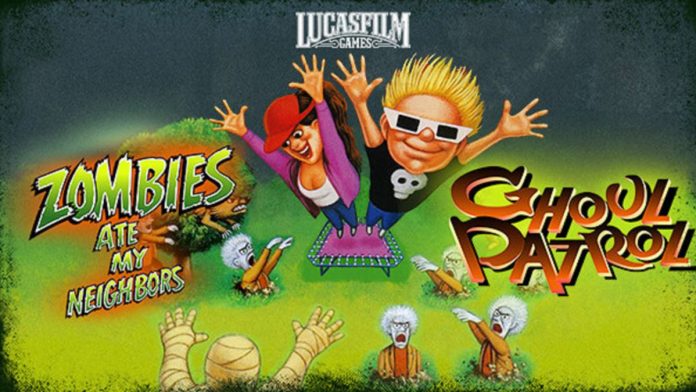 Streets of Rage 4: DotEmu is the company in charge of rescuing and adapting Zombies Ate My Neighbors and Ghoul Patrol to current systems. It’s official. Lucasfilm Games has partnered with DotEmu to publish two of the LucasArts classics. The studio behind Streets of Rage 4 and the new Ninja Turtles game has brought Zombies Ate My Neighbors and its sequel, Ghoul Patrol, to PS4, Xbox One, PC, and Nintendo Switch. It will go on sale on June 29, but you can already see its official page on Steam and GOG. Both will be available within the same package.

Run and gun with a lot of monster

These 16-bit classics will return with their explosive run and gun gameplay thanks to an updated version of both titles, which originally went on sale between 1993 and 1994 on Super Nintendo and Mega Drive. The protagonists are the brothers Zeke and Julie, who will have to go through a multitude of screens while saving people from the zombie apocalypse. Of course, they will have a good arsenal of weapons to shoot at any monster that appears before their eyes. Because no, not only are there zombies, but also crazy with chainsaws, mummies, diabolical dolls, lark men, vampires, giant ants, Martians and much more.

In the aftermath, the two teenagers attend a Ghosts and Ghouls exhibition, which they have organized at the municipal library. What happens is that they find a chest containing an old and musty book. They make the mistake of opening it, which means that new creatures of the night rise from the dead. Now, the enemies will try to rewrite history. Will they get it? It all depends on how hard Zeke and Julie make it.

Lucasfilm Games is the new label of the company founded by George Lucas for video games. Although they do not develop titles internally, their strategy consists of closing agreements with third-party companies to make their products available to players.

Stephen King: 8 Best Series Based On The Author’s Works