Home Entertainment The creators of Escape Academy talk in detail about the importance of... 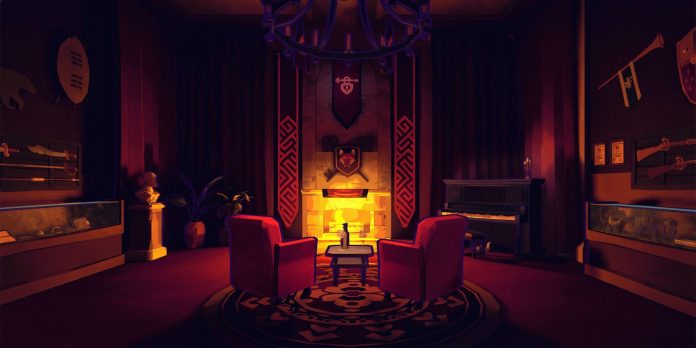 Coin Crew Games’ newly released debut, Escape Academy, is now available on all major platforms, promising a pleasing adventure for puzzle-minded gamers. Co-founders and lead developers Wyatt Bushnell and Mike Salyh met while running the Space Squad escape room at Two Bit Circus in Los Angeles, and after spending nine months together in a tight, dark room, they decided to apply those puzzle-design skills to indie video game development. Their expertise seems to be paying off too, as the title has met with a positive early reception at time of writing.

Bushnell and Salyh recently spoke to Game Rant about their experiences creating the title, and quickly highlighted some of the most crucial components of building a pleasing escape room: good level design and attention to detail. More specifically, they explained that the core challenge of designing a pleasing escape room is balancing a variety of settings that enable numerous, distinct puzzles against detail-creep that could derail an otherwise coherent experience.

Most modern escape rooms feature a light narrative, or at the very least, a general theme to flavor the proceedings. But few physical rooms can string together a number of distinct locations into one cohesive experience. Just as certain mechanics can compete with a game’s narrative, Bushnell expressed his frustrations with physical escape rooms that result in narrative dissonance when attempting to jump between settings:

I remember playing one where you were time traveling to different locations, setting the timelines right, and that just felt really contrived. We knew we’d need a wide variety of environments to support many different types of puzzles, so we landed on a school to train escape artists, ‘cause we could put players through unique courses and environments while keeping the core thread of the story intact.

While an academy for escape artistry may sound far-fetched, escapology is a real discipline, practiced by stage magicians and other performers – most notably, the famous Harry Houdini. In real life, this often entails undoing bindings such as ropes or shackles, seemingly impossible contortion, and in certain circumstances, regurgitating keys or lock picks. Escape Academy takes a much more accessible, comfortable, and fanciful approach to freeing oneself, and unlike most real escapology acts, its puzzles can be played collaboratively with a friend like location-based escape rooms.

A game’s visual aesthetics often develop hand-in-hand with core gameplay mechanics, and Escape Academy is no exception. Salyh restated the importance of environmental variety in creative puzzle design, and how the game’s accessible art style emerged from that mission.

The key to designing a wide variety of puzzles is featuring a wide variety of environments! So from the start, we knew that this game was going to rely heavily on environmental art – specifically how many distinct environments we’d be able to build. On top of that, there’s a need to focus attention on the puzzles, and not bog the player down with excessive details. At the center of that Venn diagram, we found our low-poly and colorful aesthetic.

A common pitfall in physical escape rooms is occlusive detail. While verisimilitude can make a room more immersive, each detail added can be mistaken for a clue. Some degree of detail is necessary for flavor, but players can dine on only so much red herring before the experience becomes impossible to parse. Whenever relatively simple tasks become indecipherable, players become frustrated, regardless of whether the confusion stems from excessive detail, unclear instructions, or a bad user-interface.

To that point, Bushnell stated that Coin Crew Games avoided certain puzzles that play well in reality but translate poorly to digital experiences. Many video games have players examine and manipulate 3D objects, as per many of the puzzles from the Resident Evil franchise. While trials of dexterity can be exhilarating in real life, especially when a time-limit makes every second count, they are often either shallow or clunky in a digital space.

One of the greatest appeals of location-based entertainment like real-world escape rooms is their physicality. Playing with interesting and unusual objects—or using familiar objects in unconventional ways—holds an intrinsic appeal, especially when contrasted against the more ephemeral and abstract appeal of video games. By the same token, physical escape rooms are beholden to feasible production costs, and more importantly, the laws of physics. Digital escape rooms can create truly magical experiences that cannot be replicated in meat-space.

Escape Academy is launching with thirteen rooms, which is a broader offering than all but the largest physical escape room businesses. And Coin Crew Games is just getting started. Bushnell joked that “those are rookie numbers” and stated that they are planning on adding additional levels with post-launch content updates.

Escape Academy is now available for PC, PlayStation 4, PlayStation 5, Xbox One, and Xbox Series X|S. It is currently included in Xbox Game Pass.

Was the fuss just a dream? That would explain a lot