Home Entertainment The creators of Dragon Prince hint at the future of the franchise... 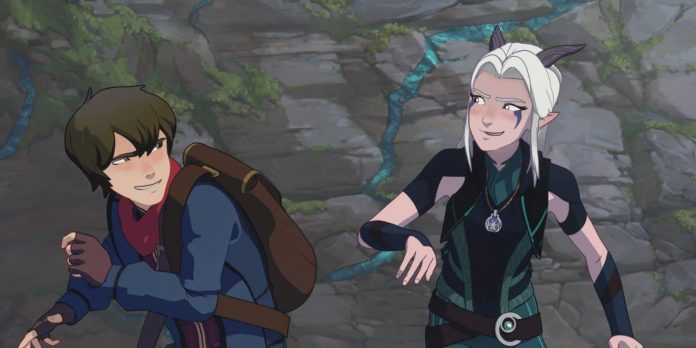 Creators Aaron Ehaz and Justin Richmond have hinted at potential future projects of The Dragon Prince. The Dragon Prince was released in September 2018 and received critical acclaim. It was soon followed by seasons 2 and 3 in February and November 2019. The popular animated series is a fantasy series that tells the story of the war between humans and magical creatures of Xadia. The finale of the third season of “Prince of Dragons” suggests that peace is possible between humans, elves and dragons, but the final moments of “The Last Battle” suggest that evil is still lurking in Xadia.

After the completion of the third season, “Prince of Dragons” was renewed for the next four seasons. In this announcement, Ehas informed fans that Netflix has renewed “Prince of Dragons” for “the whole saga.” This means that “The Dragon Prince” will end after season 7, and many are wondering if anything else will happen to the franchise after that point.

Aaron Ehas: Stories are complicated. The Dragon Prince saga has a very specific ending point in [season] 7. But we also have a big story in our head.

Justin Richmond: The world of Xadia will live no matter what. But, yes, there is a definitive story.

Aaron Ehas: The Dragon Prince saga is coming to the end of season 7.

Three years later, fans will finally see the return of “Prince of Dragons” on Netflix this November. Just a few weeks ago, several clips were released teasing the upcoming season, featuring new characters such as Terry, the Earth elf. One clip gave an additional insight into the final scene of season 3, as after Claudia (Raquel Belmonte) resurrects Viren (Jason Simpson), it turns out that he has been dead for two years, not two days, as previously assumed. This plays a role in the discovery that there will be a significant leap in time in season 4 of The Dragon Prince after the events of the Season 3 finale, when the elder Callum (Jack De Sena) will take on the role of the Archmage.

The series still has a long way to go before it ends, as fans are eagerly awaiting the appearance of Season 4 of the Prince of Dragons. However, this news creates intrigue about what the future of the Dragon Prince might look like, whether it’s another animated show set in Xadia, or other novels exploring the vast universe created by Ehas and Richmond. With several seasons still to be released in the next few years, it’s unlikely that fans will see more of this “big story” outside of Netflix’s “Prince of Dragons” anytime soon.