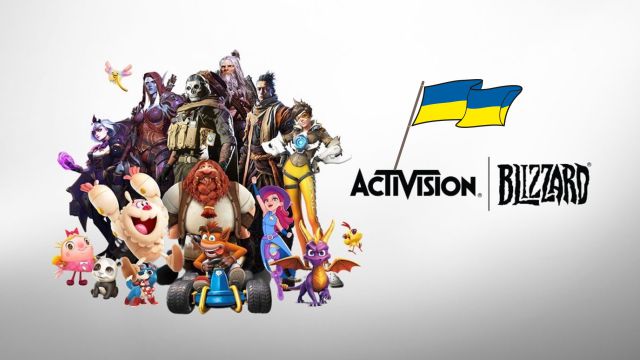 Activision Blizzard joins the international condemnation and announces that it supports the Ukrainian people in their defense against the invasion. The actions of the companies are added to the sanctions ordered by the international community. The attack by the Russian Federation against Ukraine, which has intensified the offensive in recent days, has provoked a response of condemnation against the regime of Vladimir Putin. Companies such as CD Projekt RED, Epic Games or Microsoft have announced the cessation of their commercial activities in Russia and Belarus. Now, Activision Blizzard has also reported that it will stop sales in these territories.

“Over the past week, we have seen the news from Ukraine and observed the worsening of the humanitarian crisis that is unfolding,” they have published in a statement signed by Daniel Alegre, CCO of Activision Blizzard. “Our commitment as a company is to help those who have been affected by this terrible violence”, as well as “providing help”.

Activision Blizzard has added that it will “suspend new sales” in Russia while the conflict is still active. “We will continue to explore ways to support the Ukrainian people. I want to assure you that the safety of our employees and our management team is the top priority.” Alegre asserts that they will do “everything possible” to help their “workers and their families.”

Alegre has taken a moment to highlight “the incredible work” of his teams in supporting Ukrainian citizens. They have already raised more than $300,000 for this purpose and this week they plan to solicit donations. “I would like to applaud the tremendous contributions of our colleagues in Poland, where people have volunteered to help Ukrainian refugees and others in need. We will continue to work with them to find new ways to help. We are with the Ukrainian people”, he stressed.

Rebel Wilson spoke honestly about how she gained weight while on...