Home Entertainment The creators clarified the canon of “Avatar: the Last Airbender” ahead of... 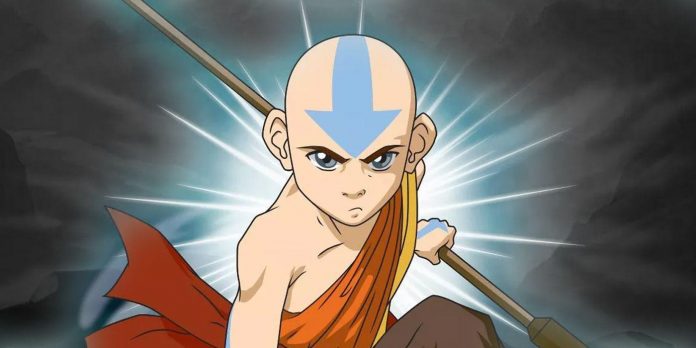 The executive producers of the upcoming animated films “Avatar: The Legend of Aang” told what place these films occupy in the general canon of the franchise. The sprawling franchise began in 2005 with the release of the Nickelodeon animated series Avatar: The Legend of Aang, in which a universe was presented in which people from different regions can “bend” one of the four elements, and a reincarnated Avatar can bend all four and restore balance. to the world. The franchise has taken on a life of its own, expanding to graphic novels, books, video games, a side sequel, The Legend of Korra, and M. Night Shyamalan’s poorly received feature film, The Airbender.

The Avatar universe continues to expand in several directions. In addition to the upcoming live-action series created by Netflix, the newly created Avatar Studios is developing a trilogy of theatrical animated films from the universe The Last Airbender. The first film will be directed by Lauren Montgomery, storyboard artist and lead producer of Korra. Although little is currently known about the projects, it is rumored that each film will be dedicated to a separate character, and the trilogy covers the stories of Avatar Roku, Prince Zuko and Avatar Korra, an Avatar reincarnated from Aang from The Last Elemental Magician. who is the main character of the Legend of Korra.

In the June 28 issue of the Comic Con Meta*Pod podcast, the hosts delved deeply into the world of “Avatar: The Last Airbender” and “The Legend of Korra.” This includes discussions with actors Janet Varney (Corra) and Dante Basco (Zuko), as well as a meeting with co-authors and executive producers Brian Konecko and Michael Dante DiMartino. During the conversation, Konitsko and DiMartino told how the new projects will interact with each other, noting that they are all part of the same universe, but currently do not adapt directly from existing Avatar stories. However, they acknowledge that this could lead to canon issues that would require “small changes here and there.” Read their full quote below:

Michael: “We’ve been involved in all these major supporting stories, so in our opinion, it’s basically canon. Maybe we’ll go back to some things, like, “this doesn’t quite fit with this,” so there may be slight changes here and there, but at the moment we’re acting as if this is all part of the right universe and hopefully relying on it.”

The Avatar universe has spread in so many directions that it’s probably hard to keep track of every detail. Although the producers are abandoning the strict canon, hopefully this means that they will focus on telling interesting stories with multilevel and compelling characters. The emotional resonance underlying the Avatar: The Last Airbender franchise is what attracted fans to it in the first place.

However, this quote is likely to irritate some fans of the Avatar: The Last Airbender universe. The show has created such a solid mythology that many people who grew up on this property view it as a kind of holy scripture, similar to the Jedi in Star Wars. Let’s hope that the films will be of high enough quality so that some small mistakes do not spoil the canon to too unpleasant an extent.

Every Elvis song (who sings what)