Home Entertainment The creator of This Is Us explains Why the show’s finale was... 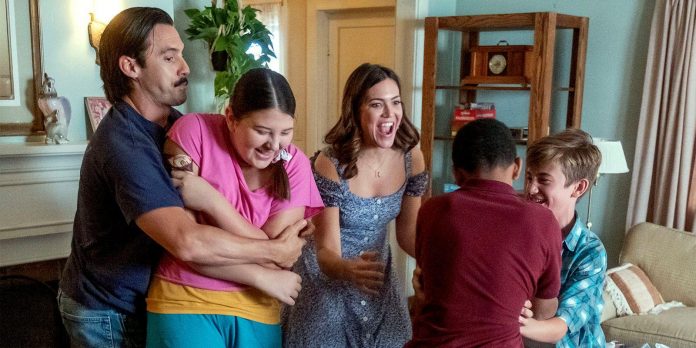 This Is Us creator Dan Fogelman explains why most of the show’s finale was filmed a few years ago. The premiere of the popular NBC drama series took place back in 2016, and it was praised by viewers and critics for a narrative that combines both the past and the present to create a narrative that fully reflects the experience of each member of the Pearson family. For six seasons, the show featured an ensemble cast led by Mandy Moore, Milo Ventimiglia, Sterling K. Brown, Chrissy Metz and Justin Hartley. Ultimately achieving Fogelman’s original goal of completing the series on a pre-set deadline, “This Is Us” concluded in May with a final season full of emotion as well as shocking discoveries and realizations.

The finale of “This is Us”, called simply “We”, contained expanded memories that, as Fogelman and the actors had previously shown, were created from footage shot several years before. Speaking about the experience of filming these moments, the creator shared that there was never any hesitation on the part of the actors, despite the unusual timing of all this. Milo Ventimiglia, filmed three seasons earlier, described a day on set, noting everyone’s mutual understanding that there was an intention behind what they were shooting. He recalled scenes with Mandy Moore and young stars portraying their children, and said that Fogelman announced them as the last shots of the series.

Now, during the round table of the showrunners of the THR drama, Dan Fogelman explained why he decided to shoot the ending of “This is Us” for several years ahead. He touched on his early vision of the show and wanted to outline it in its entirety from the very beginning, adding that since child actors are growing up fast, he felt it would be better to film the last moments while they are still young. He said that because of the way he treated the episodes, he was able to figure out early on what he wanted the ending to be. Read Fogelman’s quote regarding this decision below:

“They chose us for three seasons at once. Then I said: “I’ll make three more if you pick him up right now so we can plan accordingly.” So we shot most of the finale three or four years ago because I wanted to… We had small children who grew up very quickly. I wanted to capture something when they were younger. We shot half of it and then removed the footage. I knew pretty well what the ending would be. Despite the fact that there were a hundred million episodes between us, we treated it as one narrative. At least for me it made it manageable.”

Fogelman’s love for “This Is Us” is felt by fans of the show, many of whom are hoping for a potential spin-off or movie after he discussed the possibility. Touching on the finale, the creator previously shared a message with fans “This is us,” thanking them for watching and supporting the show over the years. He also noted how bitter the end of the series was not only for him, but for all the participants.

It’s interesting to hear about the thought process involved in creating a long-running series like This Is Us, and it’s great that Dan Fogelman stuck to his original plan. It’s not easy to come up with a satisfying ending, but knowing that most of it was filmed many years before speaks to Fogelman’s vision as a creator. When it comes to the finale of “This Is Us,” fans express a wave of emotions, and many are probably waiting for Fogelman to do next.