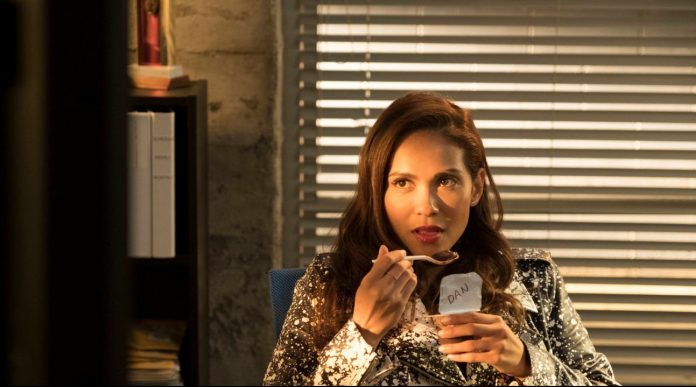 The popular Lucifer series is preparing for the premiere of its season 5B, which is why little by little details of it have been revealed, but finally the creator, Joe Henderson, has revealed a great clue of what will happen with Maze.

Lucifer creator Joe Henderson has left some clues as to what we can expect from Maze (Lesley-Ann Brandt) in season 5B, revealing that God’s surprise arrival at the end of the first part will have a huge impact on her.

Maze also known as Mazikeen, has endured a number of tragedies in the Netflix fantasy drama, as Eva (Inbar Lavi) broke her heart in season four before discovering that her estranged mother Lilith had died in season 5A.

But, Henderson revealed that Maze will continue to grapple with her losses when season 5B rolls around, although she may finally manage to get some answers from God (Dennis Haysbert) when she finally comes face to face with him.

“Maze was left with an open, raw wound at the end of Season 4,” Henderson said. “She finally found love and then her heart was broken. Much of season 5 is about dealing with rejection.”

“And God is an interesting figure to come into her life because she has questions. Why was I made this way? She also has someone to blame standing in front of her.”

Although Henderson did not confirm what kind of scenes Maze and God could share, he was merely joking: “Sounds like some good future scenes.” But if there will be a great meeting when they meet.

Actress Brandt herself had already talked about the Maze and God first on-screen reunion being something fans are looking forward to, revealing last summer that there is a “big scene” on the way.

Why Jesse Quick Tragically Had to Leave the Show