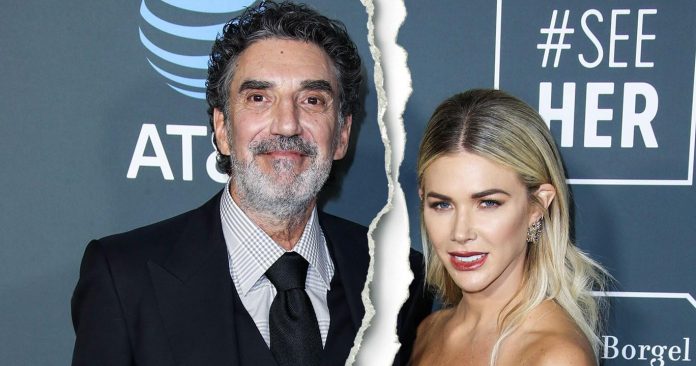 They go in different ways. After three years of marriage, Chuck Lorre and his wife Ariel Lorre (nee Mandelson) have separated.

“We have decided to part ways with mutual attention and respect,” the separated couple said in a statement to Variety on Friday, July 22. “Our plan is to move forward in different directions, but with great love, admiration and gratitude for the time we have shared. We ask you to respect our privacy during this difficult time. Thank you for your support.”

According to court documents obtained by TMZ, the 69-year-old creator of the Big Bang Theory has already filed for divorce from the 36-year-old YouTube personality. According to the documents, Chuck and Ariel, who tied the knot in September 2018, had previously signed a prenuptial agreement and indicated “irreconcilable differences” as the reason for their breakup.

Famous couples who got married under prenuptial agreements, and those who didn’t

Although neither Chuck nor the Blonde Files host discussed their breakup anymore, he was previously a frequent guest on her podcast when they talked about their “amazing” connection.

“I love your relentless ambition,” the TV screenwriter said of his now estranged partner during a podcast appearance in March 2021. “I thought you were dazzling [when we first met] and a source of joy. You seemed to me a warm and joyful person, and it was very attractive. That, and you were wearing something with your shoulders off, and your shoulder killed me! It was one or two blows of joy, sweetness, warmth and shoulder.”

In addition to his personal life, Chuck has been successful in creating several long-running television sitcoms, including “The Big Bang Theory,” “The Kominsky Method,” “Mike and Molly” and “Mom.”

“I like that the work is steady. I wasn’t going to do Kleenex. We all decided to make silk handkerchiefs that can be washed and used again,” the Brooklyn, New York native previously told Variety in June. “And I like that from time to time I watch a rerun of Two and a Half Men when Angus [T. Jones] was really small, and I completely forgot something.”

At that time , he continued: “Creating these shows is largely a collective activity. Am I doing four shows? Not a chance. It just can’t be. This is a recipe for failure. Because it’s too complicated. It’s too hard to do one show every week if you don’t surround yourself with smart people.”

Tesla’s Advanced Autopilot: What You Get For $6,000