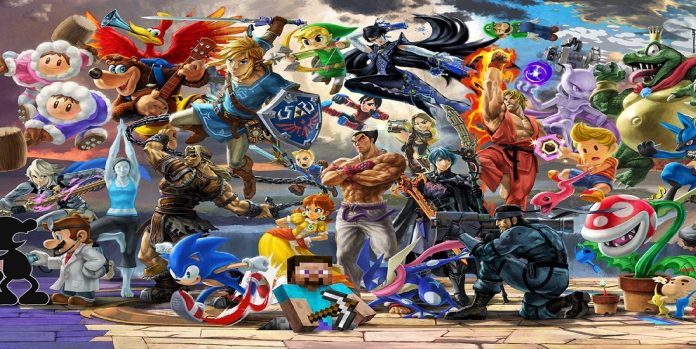 Some iconic games and franchises have been so strongly influenced by one person that they are beginning to be associated with this person for many fans. In the Soulsborne series, director Hidetaka Miyazaki is often considered the author of many things that the series is known for. For Metal Gear and Death Stranding, Hideo Kojima received this praise, and for the Super Smash Bros. franchise, fans have been thanking the creator of the series Masahiro Sakurai for his work for years.

Since the release of the first Super Smash Bros. game in 1999, Sakurai has been actively involved in the creation of each part of the famous platform action series. For the most recent game, Super Smash Bros. Ultimate, Sakurai held many personal presentations, talking about upcoming changes and DLC fighters added to the huge list of the game. In addition, he posts screenshots from Super Smash Bros. daily. Ultimate from December 2019. Now, almost three years later, these screenshots have come to an end.

Sakurai announced this on his Twitter account, showing the last screenshot he took of Super Smash Bros. Ultimate, which shows a Smash Ball hovering high above the Battlefield stage. Sakurai simply states that this image completes the daily screenshots, and at the bottom expresses gratitude to the reader for his support. Then he notes that he was “thinking of starting something new.” This part of the tweet caused immediate speculation on the Internet, as many tried to figure out what Sakurai meant by “something new.”

It seems that the most likely answer is that Sakurai only confirms that he will soon begin replacing the daily screenshots of Super Smash Bros. Since Sakurai states that he was only “thinking” about starting something new, it’s unlikely that he confirms another title with this tweet. Perhaps Sakurai will show more of his game settings, which he recently showed on the Internet. However, this did not prevent the Internet from theorizing what else Sakurai could mean by “something new”. Of course, some took it as that the new Super Smash Bros. it may appear on the way.

Although it would be interesting to see the announcement of the new Super Smash Bros. game, and it’s been almost four years since the release of Super Smash Bros. Ultimate, Sakurai previously confirmed in December 2021 that such a game is not in development. Things could have changed in the months after Sakurai made this announcement, but it seems that fans should keep their expectations under control, at least for now.