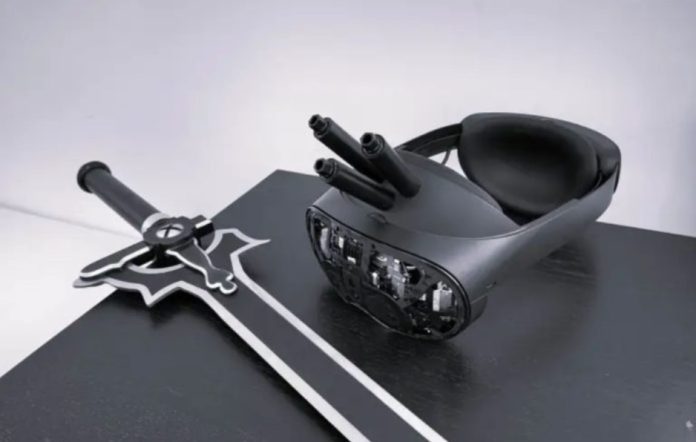 Palmer Lucky, the creator of the original Oculus Rift virtual reality (VR) headset, has announced that he has modified the headset so that it can kill the user “in real life.”

In a blog post on his own website, Lucky said the idea was inspired by the Sword Art Online series of Japanese novels, which tells the story of two main characters who play various multiplayer online virtual reality role-playing games (MMORPGs). The story tells that two characters play these games through the NerveGear headset, which will allow them to control the games using only their mind.

On November 6, 2022, in Sword Art Online, the creator of NerveGear informs 10,000 players that they must pass 100 floors of Aincrad, a steel castle in the series, to free themselves, but if they die in the game or try to forcibly remove the headset, they will die in real life.

On November 6, 2022, Lucky posted on his website a message about a modification he made to a virtual reality headset that used three “explosive charge modules” tied to a “narrowband photo sensor” that can detect when the screen flashes red at a certain point in time. the frequency is thus confirming the game screen. When this screen is displayed, the charges are triggered, “instantly destroying the user’s brain.”

The device, according to Lucky himself, “is not an ideal system,” since his plans to create a mechanism to protect against unauthorized access, which will make it impossible to remove or destroy the headset, have not yet been completed. “I didn’t have the guts to use it myself,” Lucky said, “I am convinced that, as in SAO, the final triggering really should be associated with a highly intelligent agent who can easily determine whether the conditions for completion are met.” it’s actually correct.”

He closed the blog post by stating that the headset is “just a piece of office art” that serves as a reminder to people of “unexplored directions in game design,” but acknowledged that it is the first popular science example of a virtual reality headset that “can actually kill the user.”

The creation of the heartbreaking device came after Lucky’s company, Anduril Industries, received a $1 billion (£871.8 million) defense contract with the US Department of Defense in January. The long-term contract was aimed at developing the Anduril Lattice system, which includes autonomous towers that can shoot down enemy drones from the sky completely unmanned.

Back in 2017, The Verge reported that Lucky hid donations of $100,000 (£87,200) to fund the inaugural celebrations of former President Donald Trump through companies named after Chrono Trigger elements. The donations came just months after Lucky admitted to funding a group of Trump supporters.

In other news: EA Sports has confirmed that the “best” FIFA anthems of the last 25 years will be added to FIFA 23 later this week.