Home Entertainment The creator of “Legacy” explains how the cameo in “The Vampire Diaries”... 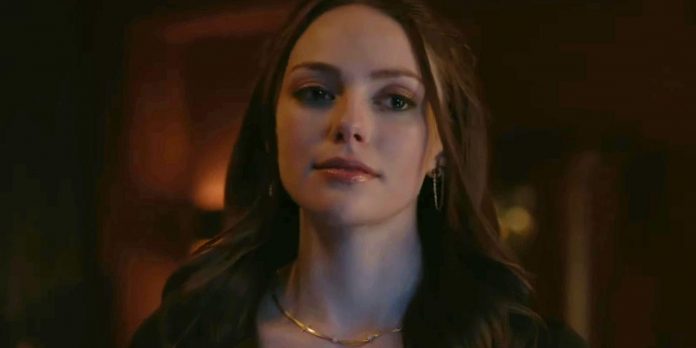 Creator Legacy reveals exactly how they got Candice King to return in the series finale. Legacy is the second spin—off series in the Vampire Diaries universe, which originally began airing on the CW in 2009. The show, adapted from L. J. Smith’s young adult novels of the same name, tells the story of high school student Elena Gilbert (Nina Dobrev) when she fell in love with immortal vampire Stefan Salvatore (Paul Wesley) before becoming entangled in a love triangle with his brother Damon (Ian Somerhalder). One of the other main characters of the series is Caroline Forbes, played by King.

Forbes was one of Elena’s best friends in the first season, and she played an important role in the series, becoming a vampire in the second season. Although she had serious relationships with many actors throughout the series, she married Stefan, but he died soon after. After that, she ended up with vampire hunter Alaric Saltzman (Matthew Davis). After “Legacy” was abruptly canceled, turning the impending Season 4 finale into a series finale, King reprised the role of Caroline, who replaced Alaric when she became the interim principal of the Salvatore School for the Young and Gifted, an institution visited by the main characters of Legacy.

During a conversation with TVLine about the “Legacy” finale, creator and executive producer Julie Plec explained how she managed to get King to return to the universe. She says she had dueling instincts as a showrunner and friend, she wanted the character to come back, but only when King was ready. However, when they found out that the season 4 finale of “Legacy” would probably be the show’s last, she asked showrunner Brett Matthews to contact King, and she immediately said: “Sign me up.” Read Plec’s full quote below:

[This appearance was due to] four years of patient friendship. As a showrunner, I’ve always wanted Caroline to be in Legacy. As a friend, I wanted Candice to come when she was ready. [Rhett Matthews] called her and said, “We don’t know for sure, but this could be the end, and that’s what we want to do with you.” And she said: “Sign me up.” It was so easy.

The connection between Plec and King definitely goes back a long way. Plec co-wrote The Vampire Diaries with Kevin Williamson, so she was instrumental in getting King to play the role she would play in over 151 episodes. The TV screenwriter also created an additional show “Primordial”, in which the main character of “Heritage” was introduced. King reprised the role of Caroline Forbes in five episodes of this series, so their working relationship has already spread to two iterations of the universe Vampire Diaries.

The trust that the artists have built together over the past 13 years has clearly been strong. Since the limitations of COVID-19 still prevent crossovers and cameos from appearing in many shows (which also affected typical episodes of Arrowverse events on the CW), this decision was not made lightly. King clearly knew how important her character was to Plec and Legacy, and fans will certainly be happy to hear that she was so eager to help her friend.