Home Entertainment The creator of Cobra Kai Knows nothing about the new Karate Kid... 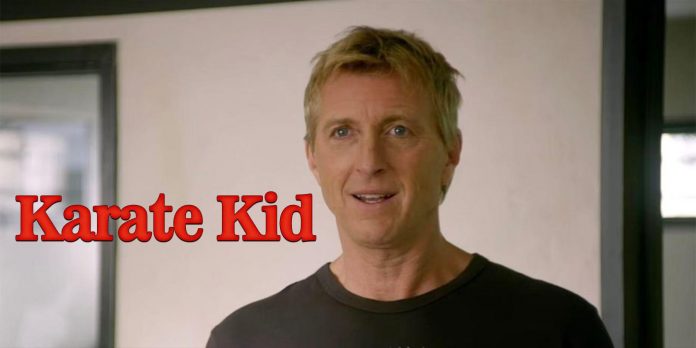 The success of Cobra Kai in streaming makes the transition to cinemas an easy matter, however, even one of the creators of the show was confused by recent reports that Sony Pictures is working on a new Karate Kid movie.

At least that was the official response of Cobra Kai showrunner John Hurwitz, who took to Twitter to break the news, answering a fan’s question about it as he celebrated his show, which has currently been at the top of Netflix streaming charts for more than a week. Co-authors Josh Heald and Hayden Schlossberg have not yet commented on this topic, although Hurwitz’s statement leaves no room for doubt that if the Karate Kid movie is in development, it has nothing to do with the current Cobra Kai universe that they created. together.

The disclosure of the Karate Kid project was discontinued along with a couple of delays on the part of Sony related to their two spin-offs about Spider-Man (Madame Web and Kraven the Hunter). However, no real details about the casting, scenery or plot were reported at the time. However, the press release clarifies that the film should be “the return of the original Karate Kid franchise,” which means that the continuation of the 2010 Karate Kid storyline starring Jayden Smith will not be discussed.

Despite still being very polite and positive, Hurwitz’s tweet reads pretty clearly: everything Sony is going to work on is not a product of the Cobra Kai production group, and it does not involve the characters who made the series so popular, which really raises the question. a few questions about what the studio has prepared. Despite the fact that it originally premiered on the defunct YouTube channel Red, and now it calls Netflix its home, Sony Pictures Television is the distributor of all physical media of Cobra Kai. At the same time, Will Smith’s production company, Overbrook Entertainment, owns the rights to “Karate Kid”, so the actor has executive producer credits over Cobra Kai.

When Heald, Hurwitz and Schlossberg came up with the idea of “Cobra Kai”, they had to get approval from the aforementioned parties, although no one will argue that their brainchild turned out to be much more successful than the 2010 remake. What most fans will find puzzling is that Sony can make something new out of “Karate Kid” without the very people who brought the franchise back into the spotlight thanks to Cobra Kai.

As if that wasn’t enough, Cobra Kai has already used almost all the old characters from the first three films, and only Hilary Swank’s “The Next Karate Kid” has remained untouched.

Seasons 1-5 of Cobra Kai are currently available on Netflix.