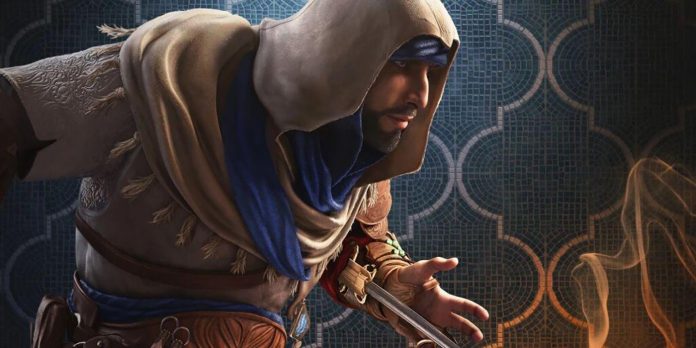 Assassin’s Creed Mirage was fully featured on Ubisoft Forward when players traveled to Baghdad to see Basim transform into a master assassin under the guidance of his new mentor Roshan. The gameplay is designed to pay homage to the old games, and stealth, parkour and murder are central to the game cycle.

Q: Did the Valhalla team expect Basim to be so popular?

I think we [all] are very happy with Basim. At one point, he was a character full of secrets. Obviously, for us he is one of the best characters to tell a little more about his story, so we decided to take a few steps back in time and tell his whole journey, his story of growing up from a street thief. become a master killer.

No, we decided not to add any current or future game missions to Assassin’s Creed Mirage because we wanted to really focus on Basim’s story when he was in Baghdad in the ninth century. So you’re still in the Animus. This is the core of the Assassin’s Creed franchise, so you’ll start with an Animus, and there’s also an ending, but we won’t have any gameplay to date throughout the game.

Q: During the AC demo, at least for me, one of the most interesting quotes was that “there’s a little bit of every Assassin’s Creed game in Mirage,” and the presentation says a little bit about AC1’s ties to the Middle East. and all that. But could you tell us about the impact of other games on Mirage?

But we take some ingredients and some tools from Unity. Obviously we come from this new generation of games like Origins, Odyssey and Valhalla, and we have a lot of their DNA inside the game, like combat mechanics.

For example, we create a lot of things after Origins, because, in fact, we have the closest game between Origins and Valhalla. We have to tell a little more about Bayek and his legacy in our game, but obviously we are also very close to Assassin’s Creed 1 with Altair. Even if we are not in the holy land, we also make some connections with this future.

Unity really inspired us. Unity was really created for parkour with animation, etc. And in Mirage we strive to add the highest possible quality. Let’s say to improve the way we have parkour. So, we have new techniques for Basim, we have new ingredients, and the density of the city is also very important, because it helped us to move very quickly everywhere, for example, on the roofs of Baghdad. Flat roofs are also a good way to explore the city while playing the game.

Unity, of course, was a source of inspiration, but we sought to update and improve with new animations and speed for Basim. As you know, in Valhalla, Avor was heavy, and parkour was not in the spotlight. Another example of inspiration from Unity, this is also a crowd. So in Assassin’s Creed Mirage you will see a big crowd. It’s been a long time since you’ve seen such a crowd.

Q: The AC presentation mentions that Baghdad consists of four districts, so how different is each of them?

Yes, we created four districts for Baghdad and wanted to thematize them. For example, you have an industrial area, there is also a knowledge area with a House of Wisdom, which was the largest library of that time, where scientists from all over the world discussed and also edited the scriptures. You also have another neighborhood that is connected with commercial connections from all over the world. And finally, you have a Round City in the middle, and this is a rich area where you can find a palace and administration.

You can expect to really feel the difference between each neighborhood when you visit the city.

Q: How did the team go about balancing these other games, as well as making Mirage something unique?

Firstly, we played many old games and looked at all the parts of old games that are sometimes badly outdated. So, we aimed to improve all these mechanics and upgrade them in Assassin’s Creed Mirage. It was decided to improve the quality of each feature that we wanted to add to Mirage. So sometimes we have to choose, but in fact in all these choices we think about the quality that we wanted to give the player.

I will also add that the system reacts to itself. So yes, you have a crowd, but you also have a search system inside the city, and it’s brand new. You may be chased around the city. You also have a fusion with the crowd, but the crowd can sometimes recognize you if you were needed. So we have all these interactions and we tried to make a real simulation of the Assassin’s Creed game.

Q: It was mentioned in AC Showcase that the detection system has been redesigned. Could you tell us more about this?

For us, when we started working on Assassin’s Creed Mirage, it was very important to have a reliable detection system, so we added more AI behavior. You can play with them a little.

Now we have three distinctive states. First you have a warning state where the player can still dodge pretty easily, and that’s just the warning phase for the player. We have a search state that forces NPCs to search for you and try to investigate you. And at the end we have the last stage, which will be a struggle and a conflict. All these steps are clearly demonstrated to the player, and you can play with it. We’ve also put a lot of effort into inter-AI interactions, so detection will spread between AIS, and we’ve also created a lot of different archetypes that will play with all this stage behavior. For example, some archetypes may use their horn to summon reinforcements.

Q: Roshan is a very interesting character. What can you say about her relationship with Basim?

Oh, this is a classic mentor-student relationship. Roshan sees great potential in Basim. Indeed, he is some kind of special character. And she will help him find the answer to his questions, his problems. Because, you know, Basim has this huge potential, but he is also torn apart by nightmares, visions. He will look for answers inside the brotherhood, and Roshan will help answer them. At some point, maybe Basim will cross the line, and we will see that there will be a conflict between them.

Q: Assassin’s Creed Mirage also brings Alamut, and there’s a lot of knowledge in it. How did it come to life in the game?

It was really interesting to be able to highlight Alamut, because it is at this time that its construction begins. Alamut will begin, and the Hidden Ones are already there, participating in this construction. You will see the whole organization Hidden there, and you know that this is a turning point for them. This is really when they start asking themselves how they will leave the shadow to become a Brotherhood of Assassins. So not yet, but very soon. As a team, we wanted to demonstrate this in our game.

You have all this knowledge, this very important knowledge, and for us it was also historical authenticity, because this is what we already know, Alamut existed. There was a guild of assassins there, and we have proof of that. It was perfect for us and it was a perfect fit. In addition, with the region, because Alamut is not so far from Baghdad, we had the opportunity to establish this connection.

Q: Speaking of Baghdad, AC Showcase mentions that there are many documents and studies on the reconstruction of Baghdad. How long did it actually take the team to do this?

You know, Baghdad was completely destroyed in the 13th century, so now there is nothing left of the Baghdad of the ninth century. So, it was a huge reconstruction work with the involvement of experts and documentation of that time. We also sometimes allowed creative freedom because we didn’t have the material to know exactly what it was. We also drew inspiration from nearby cities such as Samarra. Some architecture remained of it, and we took a lot from these remnants that we could.

Q: The classic Assassin’s Creed games in the franchise are obviously much shorter than the open-world role-playing games. How does the length of the Mirage compare to some of the latest games in the frame?

It’s hard to give you an exact amount of time or length right now. But as you said, we don’t do RPGs. We have a well-packaged and concise story. We wanted to really capture the story of Basim, so in terms of comparison, we always compare ourselves to a game like the first one, Assassin’s Creed Revelations or Assassin’s Creed Unity.

Q: As reported, Mirage was originally dedicated to expanding Valhalla. How much has he grown since then in his concept?

Yes, we started Mirage, in its original idea, as a Valhalla DLC, and at that time it was completely different. This idea has only lived for a few weeks and is actually only on paper. Quite early on, we decided to become a separate game with a completely new character, because we saw the full potential of such a return to the roots. And it was all pretty fast.

Q: With this return to the roots, do you think there will be more action adventure games like Mirage in the future?

It’s too early to tell and I can’t see the future right now, so I’m full of Assassin’s Creed Mirage. And let’s hope for the future when the time comes.

Digimon Survive: How to make friends with a Phenomenon

Fatal Frame: “The Mask of the lunar eclipse” will finally go...