Home Entertainment The coolest Tesla updates of 2022 (at the moment) 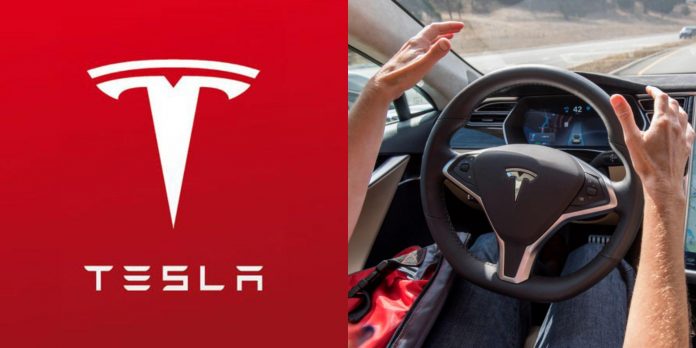 According to BBC News, Elon Musk is no longer buying Twitter. In fact, Twitter has sued Musk, and now on October 17 (via The Register) there will be an impending lawsuit against the multimillionaire. While this is happening, Musk’s real company, Tesla, continues to try to improve its cars.

With numerous safety and entertainment features, Tesla cars are now as advanced as possible and provide drivers with many new opportunities for an optimal experience.

Disney+ has become a phenomenon. With numerous original TV shows and movies, the app is a look at the history of one of Hollywood’s most famous studios and brands. It appeared on many devices, and this year it appeared on another one.

Tesla now officially has Disney+ support. Being added to the Tesla Theater, it allows parents driving a car to give their children the opportunity to watch some of the most revered movies of all time.

Earlier this year, Tesla added an update to its autopilot feature. This feature, one of the most remarkable in the car, has been the main one since the early days of the car’s existence, but a new update has just been added. The top speed, previously equal to 80, is now 85 mph.

While not a huge upgrade, it’s a pretty cool one that shows the company has more faith in the car being able to run at higher speeds on autopilot. However, do not expect to participate in car chases in Hollywood.

While the brighter options may attract the public’s attention, Tesla has added some new safety features. One of these functions is Green Light Chime. It sends an audible signal when the traffic light where you are waiting turns green, for a less alert driver.

Although this is not one of the most striking updates, it is important for the safety of drivers. There is nothing more annoying than a driver who does not know that the light is green, and this will help solve these problems.

Sega seems to be just putting Sonic the Hedgehog on everything these days. Sonic the Hedgehog, one of the most popular video games, full of wonderful stories and non-player characters, continues to receive adaptations to this day, and now it can be played in Tesla.

Combining speed and speed, the original Sonic is a timeless game that still captures the imagination of children to this day. On a long trip, the children will have something to do.

By adding another safety feature, Tesla can now detect speed limits in the area where the car is moving. With the help of the car’s cameras, he will see the speed limits and show them on the screen in front of the car.

Eliminating the need to look around for speed limit signs is a good step in the right direction. This gives the driver more time to focus on the road. In addition, it also makes sure that the driver does not exceed the speed limit and eventually does not drive too fast in the area in which he is driving.

One of the most unpleasant things in winter is the removal of ice from the wipers after a snowy day. Long and laborious, it takes precious time and energy. Now Tesla has windshield wiper heaters.

Detected in the pop-up window of climate control, de-icers melt ice and snow from the wipers. This will save precious minutes as users will be able to continue the day, but will still make cars more expensive than most in the Fast and Furious movies.

Czech and Turkish languages are available

Residents of the Czech Republic and Turkey are waiting for a pleasant surprise. The touch screen of the car is now displayed in their native language, which makes Tesla more accessible to citizens of the country.

Being an international brand, this is a big event. Adding multiple languages helps to create a brand and deliver these cars to other parts of the world.

One problem that some faced with Tesla was that when making a phone call, the card blocked the next move. Fortunately, Tesla listened, and now the phone card can be hidden during a conversation.

While this should have been an option before, it’s nice to finally be available. Now, when driving a car, no one needs to worry that they may go the wrong way, because now they can see where they should go.

Setting up the bottom panel

Tesla users now have more options than ever before on the bottom panel. Users can now add controls such as heaters and windscreen wipers to the bottom panel by adding shortcuts to vehicle parameters.

On the road, a lot happens quite quickly and happens at the same time. New options on the bottom panel will help drivers to be aware of what surrounds them like never before, will make driving much easier and, perhaps, will help to get rid of the clutter from technical gadgets in the car.

Alerts about cameras in the cabin

The fact that the autopilot is on does not mean that the driver should not focus on the road.

Thor vs. Hercules: who will win the battle with Thor 5?