Home Celebrity The controversy that arose in Bruce Willis’ records 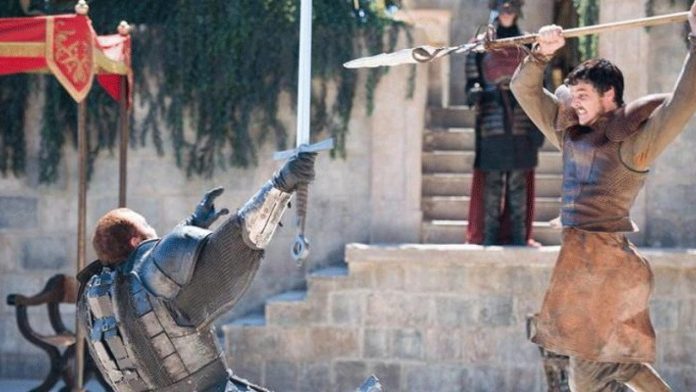 The popular HBO series, Game of Thrones, has shown one of the scenes that all fans were shocked by the way it happened, the battle of Oberyn Martell (Pedro Pascal) and the Mountain (Hafþór Júlíus Björnsson). But, in order to film it, the production had problems with the actor Bruce Willis who seems to be trying to spoil it.

This scene from season 4 of Game of Thrones was shot during a Croatian amphitheater, with a stable of luxurious yachts in the background. So the production made an agreement with the owners to retire for a couple of hours while they shot the scenes.

“Everyone agreed to do it, except one person.” According to director Alex Graves

Director Alex Graves also said that, according to members of the series’ production team, they claimed it was the famous actor Bruce Willis, who “interfered in the scene.”

“[The yacht] went around trying to say, ‘Go ***, I’m in your angle,’ a couple of times and we all laughed because we were aiming away from the water at the time anyway.”

Despite what the entire production team had to face to shoot the scenes for the Game of Thrones series, they managed to do it without problem and with great success.

But, Game of Thrones executive producer Bernadette Caulfield spoke about the slightest incident, saying that “they never saw actor Bruce Willis” actually, it was only known that it was his yacht.

Without a doubt, the book Fire Cannot Kill a Dragon by James Hibberd is causing enormous sensations with all the details behind the production that were made on Game of Thrones.