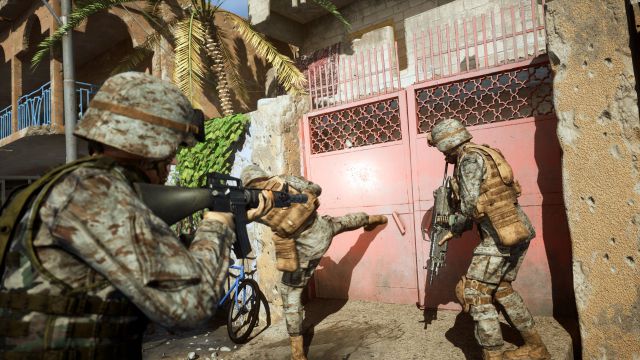 This military shooter was canceled due to the controversy over whether video games should reflect reality or not.

Six Days in Fallujah was canceled by Konami more than a decade ago, but the title will be brought back to life by Victura and Highwire Games. This has been announced in a press release, in which they have confirmed that this first-person tactical military shooter will be marketed this year 2021 on PC and consoles. Based on the second battle of Fallujah, the title was originally announced by Atomic Games. The new version will feature some of the key people behind the Halo and Destiny sagas.

“Sometimes the only way to understand the truth is to experience the facts for yourself,” said former Marine Sergeant Eddie Garcia, one of the soldiers wounded during the Battle of Fallujah and who initially proposed Six’s original idea. Days in Fallujah in 2005. “The war is full of tough and uncertain decisions that are difficult to understand if we see them on television or in a movie, where they already make the decisions for you.” Video games can give us a new perspective on events that happened in reality in a way that other media cannot teach us.

Study founded by the head of Atomic Games

The project’s cancellation was due to its publisher making the decision to do so due to controversy over whether or not video games should reflect actual events. Victura, the company behind this project, was founded in 2016 by former Atomic Games CEO Peter Tamte. His goal was to return to the project, as well as work on other titles based on real events.

See Also
Six Days in Fallujah: a war veteran against the creator

In developing Six Days in Fallujah, the opinions and experiences of some marines and soldiers who participated in the battle of Faaluya have been taken into account. For more than three years, Victura and Highway have dedicated resources to developing the technologies and mechanics necessary to bring this armed conflict closer to players. According to press releases, more than 100 marines, soldiers and civilians have loaned their personal stories, photos and video recordings. In fact, the game will incorporate a documentary that collects many of these stories.

Six Days in Fallujah will be released sometime in 2021, on both consoles and PC.

Foxconn to build new factory in Vietnam to produce iPads

Among Us: what is it and how to install it on...